From WNCN: Over 100 people march against voter suppression in Raleigh Wednesday 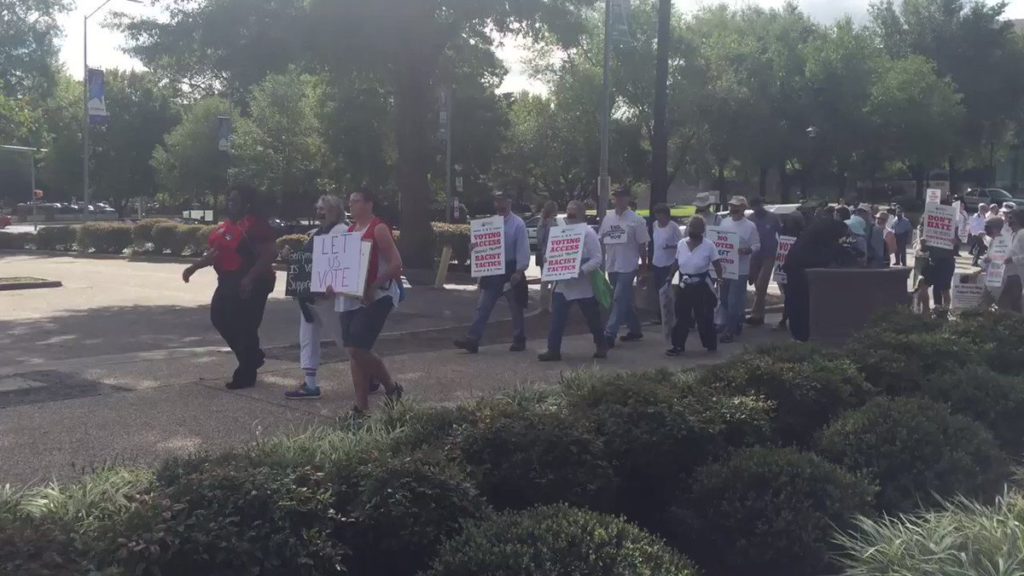 The current state legislature, which has been found to be illegally elected by the US Supreme Court, now wants to draw similarly racially biased maps for our judicial districts. This new judicial redistricting plan is a thinly veiled attempt for Republicans to gain more power.  It would eliminate judges in Durham and other counties with significant African-American populations. The people of North Carolina continue to fight for fair voting against these outrageous attacks on our democracy.

As the General Assembly special session begins, some North Carolinians are trying to get the attention of lawmakers when it comes to voting.

About 100 people marched quietly through downtown Wednesday morning. Most of them carried signs and wore tape across their mouths.

They said they’re protesting that their voices are being silenced due to voter suppression, which includes gerrymandering.

Protestors told CBS North Carolina they hope this gets the attention of voters and lawmakers.

“When they gerrymander and they try and pack districts or crack districts in order to make sure their incumbents stay elected, then it’s not fair,” said Gail Young, with Citizen’s in Action NC.

“It definitely impacts us all,” said Quinton Harper, with Justice for All NC. “The right to vote is something my ancestors fought for, and it’s something I don’t take lightly. I believe it’s my right, and I believe it’s my duty to be out here to vote, first and foremost, but to advocate for policies that make voting accessible.”