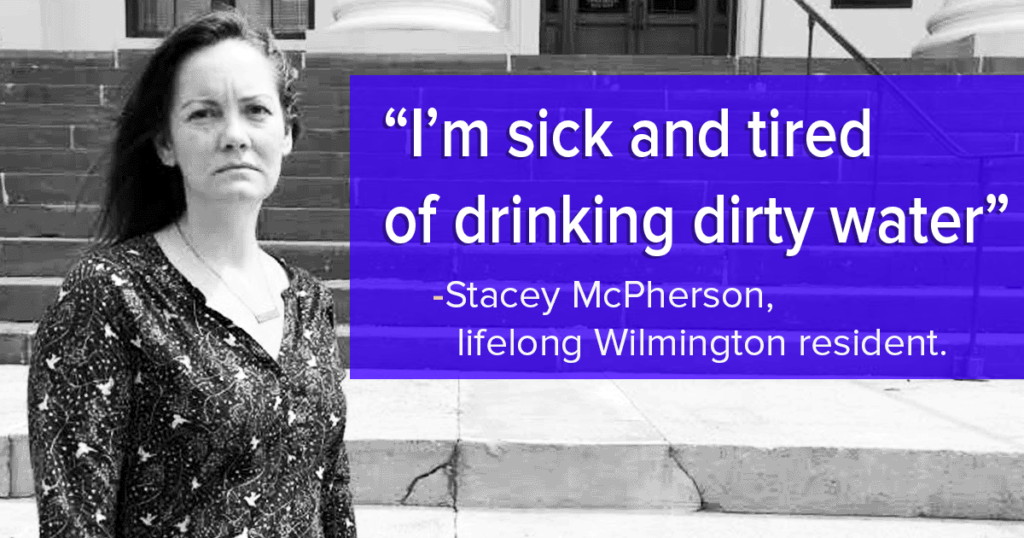 In January the North Carolina House of Representatives passed a bill that would allocate $2.3 million to addressing the GenX pollution in the drinking water.  Senator Phil Berger said publically that the Senate would not even look at the bill.  Why doesn’t the GOP-led Senate want clean water for the people they represent?  It’s time our lawmakers put people before polluters. The people of North Carolina deserve clean drinking water NOW.

The Southern Environmental Law Center and Cape Fear Riverwatch made specific recommendations to the General Assembly for legislative actions to address GenX and other contaminants in the state’s drinking water sources.

There are several actions the legislature should immediately take:

Over the past few years, at the behest of polluters, the legislature has repealed important environmental protections. It should begin by restoring the authority it has taken away from DEQ and allow the agency to fully address GenX and other contaminants.

The legislature enacted a law that generally prohibits state environmental agencies from adopting water quality protections more stringent than minimum federal requirements. This law should be repealed. It is outrageous that the legislature has prohibited our state environmental and health agencies from adopting protections they determine are necessary to protect our drinking water.

Another recent legislative enactment prohibits DEQ from regulating airborne chemicals that contaminate rivers and other waters. Evidence exists that GenX contamination in many of the wells surrounding the Chemours facility originates with airborne emissions. The legislature should restore authority of our environmental agencies to do their job to protect the public.

Next, the legislature should require applicants for water pollution permits to fully disclose all pollutants in their wastewater discharge. While implicitly required, this should be made explicitly clear.

If an applicant for a permit proposes to discharge any substance, the law should require that the discharge be below a standard adopted to protect public health. If there is no such standard, the substance should be prohibited from discharge to public waterways. The burden should be on the company to prove it is safe before it goes into the water.

The legislature should amend existing law to require immediate suspension of a permit if a company is found to be discharging an unauthorized pollutant.