From The News & Observer: Steeped in public schools, Tom Benton worries about their future 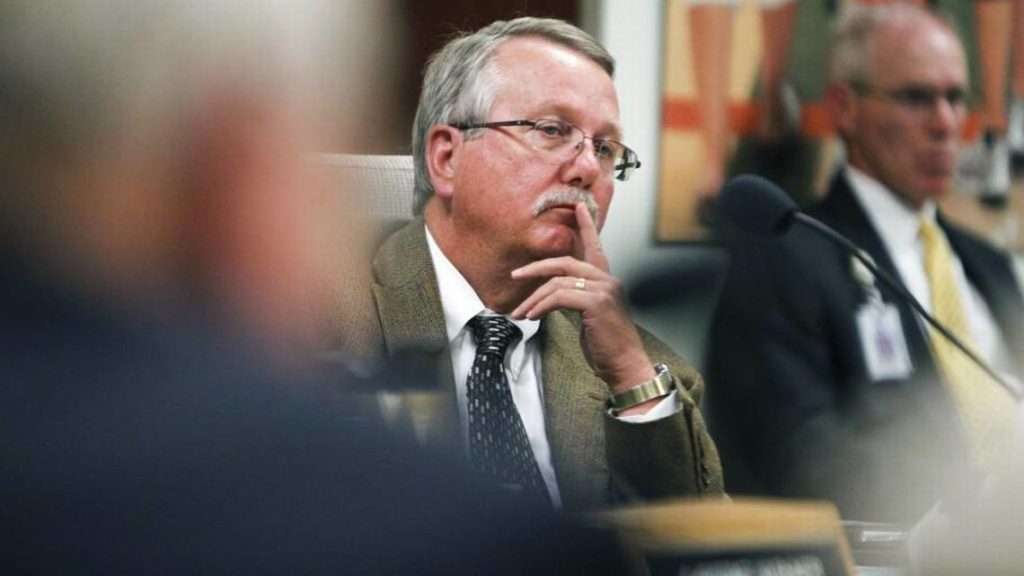 Longtime public school veteran Tom Benton is right to be worried about North Carolina’s public schools. With constant cuts to supply budgets, a serious teacher shortage, and an erosion of the commitment to diversity schools in North Carolina are certainly in trouble.  Lawmakers in Raleigh aren’t prioritizing education and instead are giving tax cuts to the wealthy and corporations. North Carolina can turn this around but needs lawmakers who are truly committed to a quality public education for all students.

If you were to think of North Carolina’s public schools as a person, you would do well to think of Tom Benton.

Benton is a product of public schools in small-town Weldon in northeastern North Carolina. He earned bachelor’s and master’s degrees from the University of North Carolina’s teachers program, taught high school social studies for nine years, served as a principal for 24 years, worked with the NC News Schools project to open special high schools called “early colleges” and led the Wake County school board overseeing the state’s largest school district before losing a tight election in 2016.

Now Benton, 67, travels the state as a consultant to public schools, helping teachers who want to become principals develop their leadership skills. He came by The News & Observer last week to respond to a recent op-ed by a charter schools advocate. But our conversation quickly moved beyond the privately run, publicly funded charters to include his broader concerns about North Carolina’s public schools.

As one old enough to have known North Carolina’s segregated schools, Benton’s worries that the commitment to integrated schools enshrined by the Supreme Court’s 1954 Brown v. Board of Education ruling is eroding.

“Do we as a society see the need for diversity?” he asked. “I used to think I knew the answer to that. I’m not sure I do anymore.”

It was a court decision in Mecklenburg County that forced the integration of schools through busing. Now that order has been lifted and the schools in the Charlotte area have largely reverted to black and white schools. The pattern is becoming common statewide.

Back to ‘54
If diversity is no longer a priority, Benton said, “We’re back to the discussion of 1954 – can we have separate but equal schools?”

Some of the segregation reflects housing patterns that are not offset by school assignment districts. But Benton sees it also being driven by the “school choice” movement. In North Carolina that movement has led to the lifting of the 100-school cap on charter schools and the creation of a voucher program that provides public dollars to pay for tuition at private schools, including religious schools.

Charter schools say they accept students of all races and from all income levels, but as a practical matter the schools skew heavily to one race, Benton said. He noted that among Wake County’s 18 charter schools, 16 would be not be considered reflective of the county’s population.

School choice isn’t a new idea; it’s the return of an old one, Benton said. “In the mid to late 1960s we had freedom of choice. People chose the white high school or the black high school,” he said.

Benton is concerned about more than the slide away from integration. He thinks public education itself is being undermined by the poor treatment of teachers. Their pay is too low and they’re rated on standardized test scores that don’t reflect local challenges.

Benton said may of the teachers he meets are demoralized. “The biggest thing I’ve heard is they say teaching is no fun anymore and most of that is because of standardized test scores.”

Teacher shortage
He said it also doesn’t help that conservative politicians keep spreading the message that public schools – and by extension, teachers – are failing.

“I have an issue with the damage being done to public schools by constantly questioning whether they are any good or not,” he said.

That battering is causing a teacher shortage, especially in low-income districts that can’t match the supplemental pay offered in urban districts. In Hertford County, he met a principal who advertised for a math teacher, but no one applied. When Benton checked with East Carolina University’s teacher program for a potential applicant, he found it had graduated only five math teachers in a year.

“If you are going to have an increasingly stressful job, with lots of people looking over your shoulder and you’re not going to be paid very highly for that, not many people are going to go into it,” he said.

Benton said he knows what will improve education: more support for teachers: “A basic need for us as a state is determining how many quality teachers we need and what resources will take to produce them.”