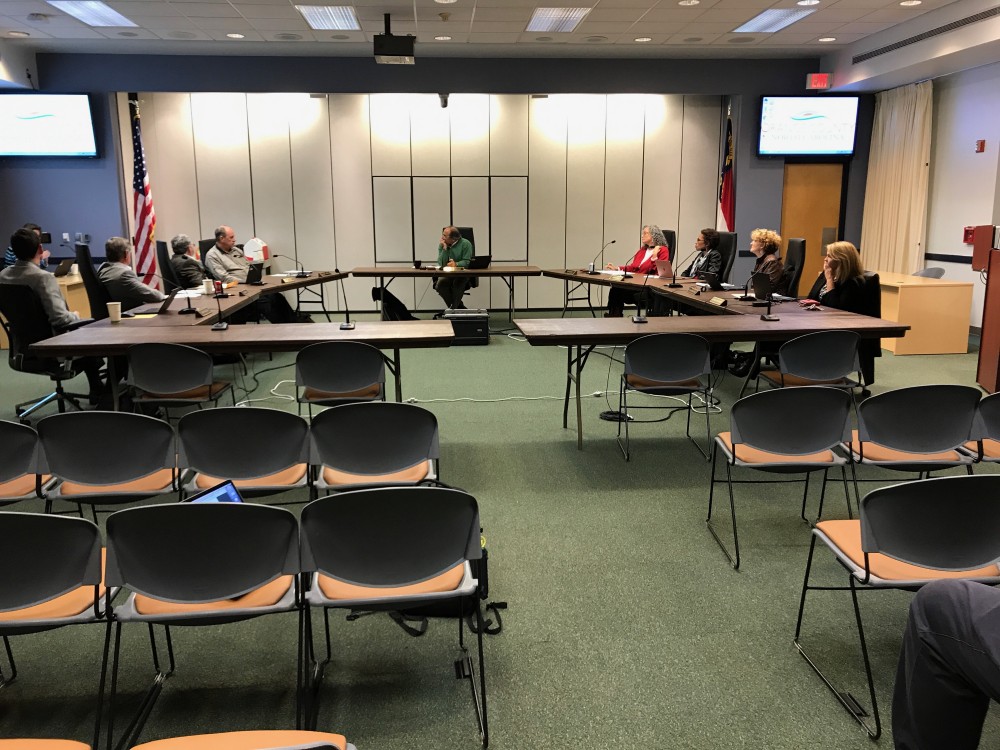 Politicians in Raleigh are trying to rig the North Carolina courts by doing away with the election of judges. Lawmakers in North Carolina continue to pass unconstitutional laws that consistently get struck down by the courts. Their solution? Cherry-pick judges for the bench who will support their extreme agenda.  This isn’t democratic and does away with vital checks and balances that keep our lawmakers in check. County commissions across the state are opposing these terrible plans.

From The Daily Tar Heel:

The Orange County Board of Commissioners is looking to pass a resolution in their meeting on Thursday that will oppose a potential change to how North Carolina judges are selected.

N.C. lawmakers are considering changing how judges are chosen from elections to appointments by the General Assembly. The Commissioners have been outspoken in their opposition to this decision, claiming the amendment would “abridge or impinge upon the right of the people of North Carolina to elect their judges,” as stated in the resolution.

“This resolution is stating that (appointing judges) is really undemocratic in a way, and it makes it unfair because judging is supposed to be hearing cases and judging them based on a marriage of evidence and other criteria, as opposed to being whether you’re Republican or Democrat or libertarian or unaffiliated, and in order to have a really fair hearing, I think judges should really put all that aside,” said Orange County Commissioner Renee Price, co-author of the resolution.

“If they’re going to be hearing cases of the people, then they should really be by the people other than a select part of the legislature, who can appoint their own friends and colleagues rather than appointing people based on their qualifications.”

Orange County Commissioner Barry Jacobs said the Orange County Board of Commissioners think the current NC General Assembly is increasingly becoming a one-party system, and the judiciary needs to remain independent by continuing with the current judicial election process.