From The Fayetteville Observer: GenX pollution shows how deregulation can kill us 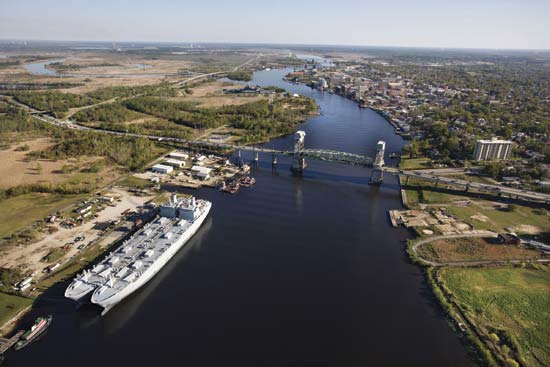 Years of slashing budgets of watchdog agencies and cutting regulations on polluting companies have directly led to the poisoning of our water.  With more and more contaminants being found in the water in and around the Cape Fear River it’s time lawmakers did something to stop it.  It’s time for politicians in Raleigh to put the health of the people they represent ahead of the profits of polluting corporations.

From The Fayetteville Observer

The lessons we should learn from our experience with the DuPont and Chemours pollution of the Cape Fear River and the countryside around the chemical plant could earn all of us a PhD from the University of Hard Knocks. Some of them have been right in front of us for decades. Others are just now emerging. And more likely await discovery.

But there is an underlying lesson — the most important of them all — that should drive far-reaching reform in North Carolina: Reasonable regulation and oversight are an essential obligation of a good government. North Carolina government has flunked that course. Deliberately.

This state has a long history of giving lots of leeway to polluting industries, whether they make chemicals or chickens. Strict oversight doesn’t really happen here. Environmental agencies have too often taken industries’ word that their processes are safe and that they’re not polluting, and regulators have lacked the resources and clout to regularly test for compliance.

So it was in 2003, when DuPont began producing GenX’s predecessor, C8, at the Fayetteville Works, which sits on the Cumberland-Bladen county line. The company proudly showed off what it called state-of-the-art environmental protections, including a four-story scrubber to minimize C8 air emissions. They told the public and regulators that used C8 would be recycled and the waste trucked to an incinerator in New Jersey. What they didn’t say was that C8 production was shifted here from the company’s Washington Works plant in West Virginia after the company was inundated with lawsuits there and in Ohio, and that state regulators found that C8 — a possible carcinogen — had contaminated public and private water supplies. Nor did the company tell us that 3M had stopped making C8 a few years earlier because of environmental concerns, forcing DuPont to take over production. And the company didn’t disclose until two years later that large quantities of C8 had leaked from the Fayetteville Works and was found in groundwater under the plant.

Despite warnings from environmental groups, the state didn’t require DuPont to run a “closed loop” production system with C8, but rather approved a permit allowing the company to dump C8 wastewater into the Cape Fear River. The company insisted it wouldn’t do that, but after the leak was disclosed, state environmental regulators allowed the company to oversee its own testing and cleanup. And plenty of the chemical found its way into the environment, from the Fayetteville Works and from other sources. Public health experts say the chemical can be found in the blood in virtually every American. It’s been found in the blood of polar bears above the Arctic Circle and in South Pacific fish.

Just over a year ago, DuPont and Chemours — a DuPont spinoff company that now is the primary producer of the nonstick coatings that used C8, and now GenX — agreed to a $675 million settlement for the release of C8 around the West Virginia plant. But while that story was unfolding over several decades, it doesn’t appear that any regulators in this state paid attention. Nobody was asking a key question: If they dumped those chemicals so carelessly in West Virginia, what are they doing with the same chemicals at the Fayetteville Works? Or if anyone did ask that question, it didn’t result in any oversight.

So today, hundreds of wells around the Fayetteville Works are polluted with GenX, and some still showing evidence of C8 too. It’s in plants and may be in fish. It’s in Cape Fear River sediment all the way down to Wilmington. And it’s in the public water supplies that serve hundreds of thousands of North Carolina residents who, until last summer, had no clue that they’d been drinking it, in some cases for decades. And state regulators are struggling to even determine the extent of the pollution, let alone do something about it. Because the state has so few resources, it continues to rely in Chemours to do much of the testing for GenX pollution.

And yet, after the N.C. House passed a comparatively small measure to help the departments of Environmental Quality and Health and Human Services increase testing and do it faster and more accurately, the Senate refused to touch the bill. The senators went home, leaving the bill on a shelf — perhaps to die.

It will take serious citizen outcry and probably voter action against incumbent senators in November to turn this around. Because it still appears that too many of our state’s leaders think it’s OK for companies to poison our air, land and water.