From The News & Observer: In NC’s struggling regions: ‘Folks feel like they’ve had the hell kicked out of them.’ 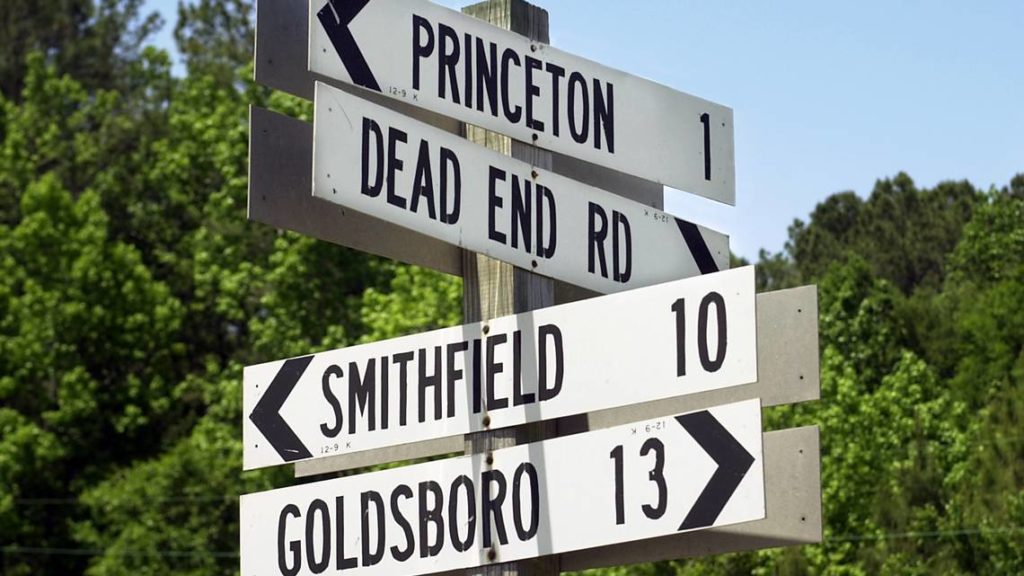 The tax cuts touted by Republicans as the economic boost North Carolina needs has been anything but helpful to struggling families in North Carolina.  While things are booming in the Triangle and Charlotte it does nothing for impoverished rural residents.  With cuts to social services and public jobs, residents in cities like Goldsboro are left with little help while big businesses and the wealthy are reaping the rewards. These families just want what everyone wants, quality education, better-paying jobs, a safe environment, and affordable health and child care. It’s time politicians stop the giveaways to the wealthy and help those who need it the most.

My colleagues and I, from the NC Poverty Research Fund, spent much time last year in two very distinct communities — Goldsboro and Wilkes County. Our studies there indicated clearly that North Carolina’s economic recovery has not been widely shared. They also revealed much about the state’s yawning rural-urban divide. Finally, they highlighted a continuing polarization that marks the politics of North Carolina and the South.

Goldsboro, of course, lies about 60 miles southeast of Raleigh, in Wayne County. Its population, some 36,000, has actually dropped modestly since 1990. Although Seymour Johnson Air Force Base provides a sound and much-needed economic foundation, Goldsboro’s poverty challenges are among the most daunting in North Carolina.

A 2015 national study found Goldsboro to be the fifth-poorest city in America. Stanford University’s mobility studies concluded that 95 percent of the country’s metropolitan areas had better economic mobility rates than Goldsboro. The Pew Research Center determined, in 2016, that the last decade brought the city a 26 percent drop in median income and huge losses in middle income employment. Both figures were among the very worst the country has experienced.

Over 25 percent of Goldsboro residents live in poverty. Forty percent of all kids are poor, over half of African-American children. In some census tracts we studied, 65 percent of kids were impoverished. And Goldsboro has nearly the worst racially-driven, concentrated poverty in North Carolina.

Safe, affordable housing is a gigantic problem. A full-time working single mom’s story was typical. All she could afford was the housing authority “and it’s terrible and dangerous, there are gunshots all the time.” Ambulances and police are always here, she said. She wishes there was a “porch or backyard where her children could play safely, but that’s not possible.” The public school bus only stops two blocks down the road. “Everybody knows that’s too dangerous for kids to walk to,” she sighed.

Wilkes County shares much of this record of hardship, though it wasn’t always so. Nestled into the eastern slope of the Blue Ridge, with the Yadkin River at its core, Wilkes is about a half-hour drive from Boone, sharing much of its beauty. Once home to Lowe’s, Northwest Bank, Holly Farms, Carolina Mirror and North Wilkesboro Speedway, the county was ravaged by NAFTA.

Median income dropped by nearly 30 percent over 15 years. In the late 1990s, the unemployment rate was a remarkable 2 percent. A decade later it had soared to over 13 percent. Half of all Wilkes households now make under $30,000. A quarter of its 69,000 residents live in poverty, a third of all children. There are, today, 5,000 fewer private-sector jobs than existed in 1995. Twice as many folks live in mobile homes as the state average. Disability, overdose and addiction rates are high. Almost 90 percent of the county population is white.

Tina Krause of Hospitality House explains, “a lot of folks in the community I love have a lot of things to unpack.” But “I have a heart for them,” Krause says, “they are, ‘by God, Wilkes County.”

Decent, safe housing is a challenge in Wilkes too. I think particularly of a family I interviewed in a small mobile home lot last summer. The trailers were ancient and pressed in close proximity. Confederate flags and Trump signs were on broad display. (There were none in the housing projects of Goldsboro.) The windows were closed tight and covered with sheets, though it was exceedingly hot. Fans ran full speed, pushing around the stifling air. The smell of mold was intense. Two kids played on their aunt and uncle’s floor. The adults were hopeful the young ones would have a better chance than they’d had.

There is little of the Triangle or Charlotte’s boom in Goldsboro’s east or Wilkes’ west. As one local leader explained, “a lot of folks here have been on the losing end for a long time and feel like they’ve had the hell kicked out of them.” They report no actual sense of comeback or recovery. They’re frantic for their children’s future.

It is also illuminating to think of the discussions around kitchen tables in both the Goldsboro projects and the Wilkesboro mobile home lots. The disparate residents likely consider themselves political and cultural adversaries. But their fears and aspirations follow nearly identical paths. They seek better schools, higher paying jobs, affordable health and child care, decent places to live, safe streets, electric bills they can manage, and meaningful access to public transportation. They’re also certain their political leaders know absolutely nothing about their actual lives.