From The Salisbury Post: Teachers, students put civics into action 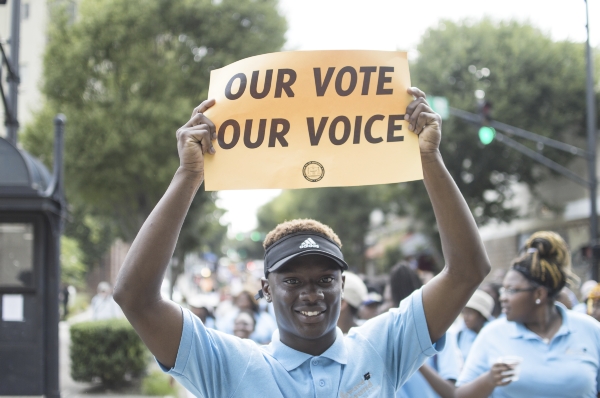 Teachers and students around the country are exercising their rights to demand action from lawmakers.  Teachers are demanding better pay and students are demanding a safer world. Together they have the potential to change education in our country to be safer and more effective.  It’s time politicians listen and represent the best interest of the people.

Emboldened by striking West Virginia teachers who won a 5 percent pay raise, thousands of Oklahoma and Kentucky teachers walked out and rallied in their state capitals last week for increased compensation as well as for more robust funding of public education. A somewhat smaller gathering of teachers took place a few days ago at the Arizona Capitol in Phoenix.

In Oklahoma, where some rural schools are running only four days a week, the walk-out by teachers shut down around 200 of the state’s 500 school districts, The New York Times reported. The state legislature has voted to raise taxes to provide $6,000 pay raises, but Oklahoma teachers continue pushing to recoup school funding that eroded in the aftermath of the Great Recession.

There is no need to wonder, for now, whether North Carolina teachers will join the “revolt.” No movement appears afoot. And, in any case, they have been there, done that.

In July 2013 — almost five years before the teachers of West Virginia, Kentucky and Oklahoma marched on their capitols — North Carolina teachers put on red T-shirts and rallied on the lawn behind the Legislative Building and then marched to the State Capitol. The event was one of the largest of the “Moral Monday’’ gatherings.

North Carolina teachers had received no pay raises in four of the five years from 2009 to 2014. When they took control of the General Assembly in 2011, the Republican majority attempted to eliminate “career status’’ job protections and salary bonuses for teachers with graduate degrees and National Board Certification. In the aftermath of the 2013 protests, Republican lawmakers have approved four consecutive annual pay raises.

Even with those salary increases, North Carolina’s compensation for teachers remains in the same general pay-neighborhood as the states where teachers have walked out. The average in North Carolina is $51,200 — Oklahoma $45,000 before the recent legislation, Kentucky $52,000, Arizona $47,000.

Teacher activism has also had the effect of intensifying public attention on state tax cuts and resulting budget stringency. It is also remarkable that the teacher walk-outs and rallies have coincided with the outpouring of high school students in calling for tighter gun control measures — not only to prevent horrific school shootings but also to diminish firearm violence that afflicts neighborhoods in some of America’s great cities.

The teachers and the students are giving each other — and American citizens watching the TV news — models of civics-in-action. Together they are reinforcing a basic lesson of American democracy: that dramatic shifts in public policies arise out of the ballot box.