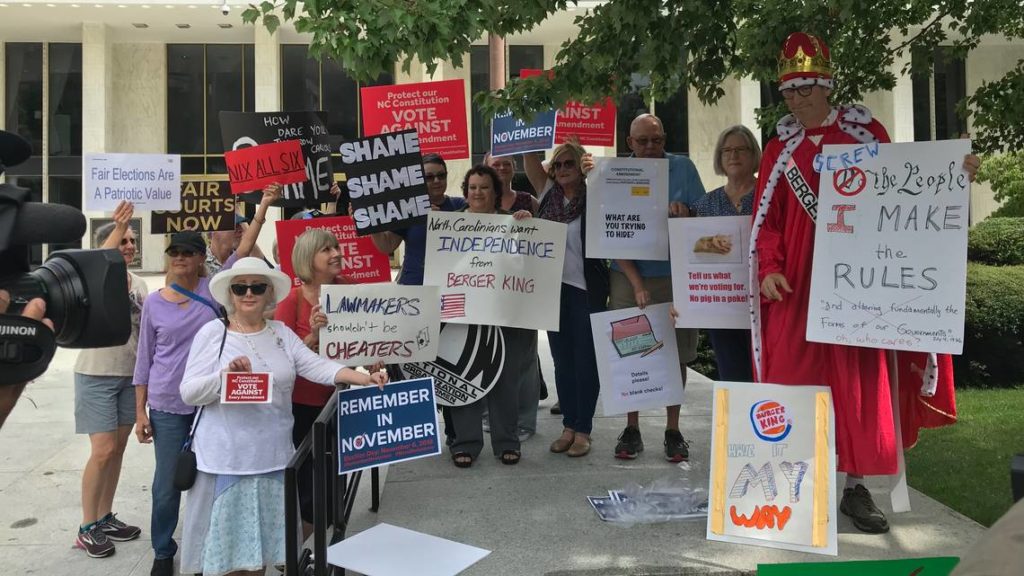 “Berger King” and the rest of the legislature arrived at the General Assembly on Saturday, August 4th to override Governor Cooper’s vetoes. One bill that would make sure that 6 constitutional amendments on the ballot will have no descriptions, making it very difficult for voters to know what they actually do. The other is to change the rules of the State Supreme Court election in the middle of the game, in order to stack the deck in their favor. Protesters were there to tell lawmakers we know what’s really going on, and we will remember in November.

From The News And Observer

“Protesters at the General Assembly on Saturday, Aug. 4, 2018, opposed Republican legislators’ plan to override two vetoes from Democratic Gov. Roy Cooper. Cooper was attempting to block two new laws from affecting this November’s elections. One bill affects the N.C. Supreme Court race, and the other affects how six proposed constitutional amendments are described to voters.”