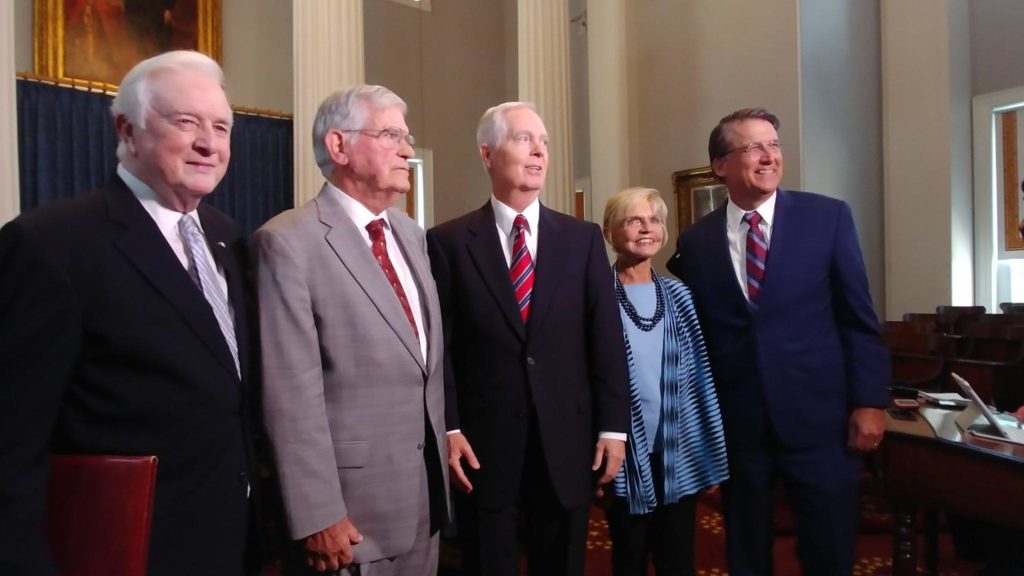 Current Gov. Roy Cooper isn’t the only state leader who is willing to call out the NCGOP on its constitutional amendments stunt. All five of NC’s former living governors, both Democrats and Republicans, appeared in an unprecedented press conference where they unanimously spoke against two of the proposed measures.

All five of North Carolina’s living former governors will gather Monday to campaign against a pair of proposed constitutional amendments that would shift power from the governor to the legislature.

Former Gov. Jim Martin, the only North Carolina Republican to serve two terms in the office, is organizing the event. The group will gather for a press conference in the old House chambers at the State Capitol Building, then huddle for a private strategy session, Martin said Friday.