WRAL: Supreme Court: 2 amendments fought by Cooper to be on ballot 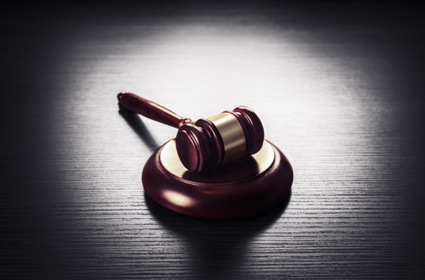 If approved, these vague amendments would permanently change the state constitution, preventing future governors and legislatures from making changes alone. Current legislators would have a “blank check” to fill in the details of these constitutional changes after voters had voted. It’s time to set the course for policies in our state and unite against efforts to hurt North Carolinians.

North Carolina’s highest court decided Tuesday that two proposed amendments to the state constitution addressing judicial vacancies and the state elections board will be on the ballot this fall.

Both referendums were fought by Democratic Gov. Roy Cooper, but the state Supreme Court affirmed a lower court decision denying his request to block for now the questions for those amendments from appearing on ballots.

Cooper’s attorneys had argued the referendum language remained flawed for voters even after the Republican-controlled legislature altered them in response to an earlier court ruling.

The decision means there will be six referendum questions on the November ballot in all — the same number that GOP legislators submitted to voters in June, although two were scaled back. An earlier decision Tuesday by the justices kept in place two referendums that had been challenged by the state NAACP.

Both of the one-sentence rulings by the court did not explain the reasoning of the justices. No dissenting opinions were identified. The justices also dissolved an order they issued last week that prevented state officials from preparing state ballots until told otherwise by the court.

When combined with a separate ruling Tuesday by a panel of federal judges deciding against requiring a new congressional map this fall, the decisions mean the state elections board can move on creating ballots to meet a Sept. 22 deadline for overseas and military absentee voters.

“It’s time we let the people vote,” said GOP state Rep. David Lewis of Harnett County, who sponsored many of the amendments, referring to “a truly exhausting amount of litigation.”

Cooper and Democratic allies have criticized the proposals because they would swing control over filling bench vacancies from the governor to the legislature and give General Assembly leaders direct say over who would serve on the elections board.

“These amendments are deceptive and will erode checks and balances in state government,” Cooper spokesman Ford Porter said in a release late Tuesday, adding the governor will “continue to urge voters to understand their true impact.”