WTVD: WalletHub ranks North Carolina as one of the worst states for teachers 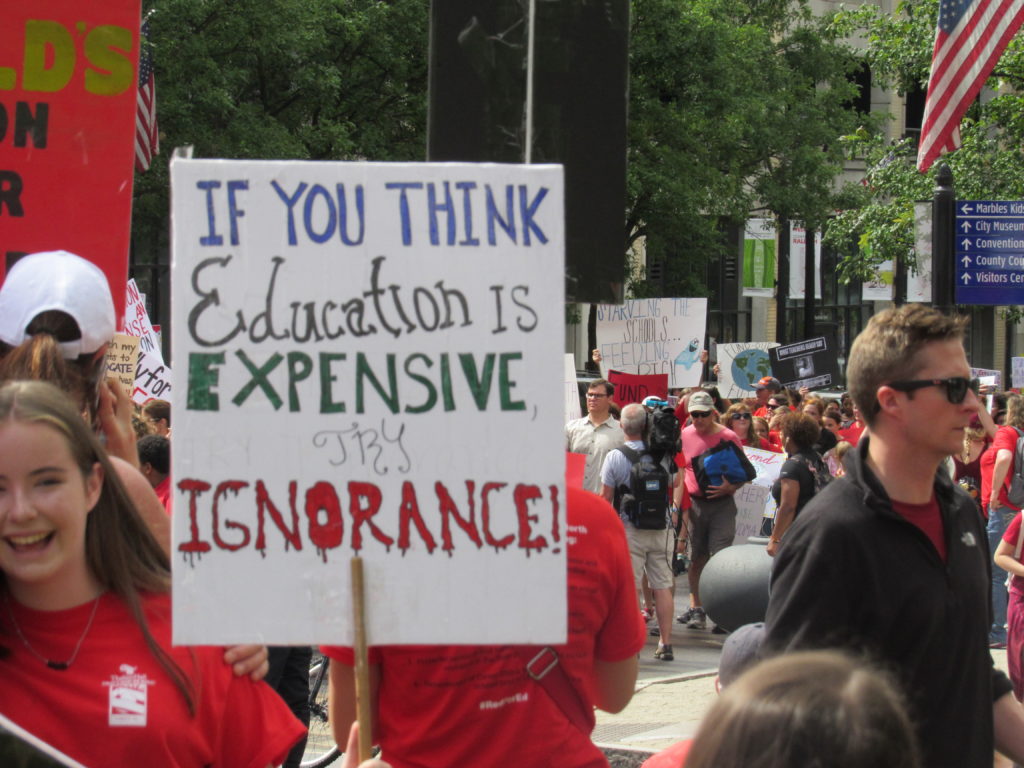 Once again, North Carolina is ranked among the worst states for teachers. WalletHub, using 22 key indicators of teacher-friendliness such as teachers’ income-growth potential, pupil-teacher ratio, and teacher safety, ranked North Carolina 49th out of the 50 states and the District of Columbia. In comparison, North Carolina ranked 44th in 2016.

The Republican legislature has shown time and time again that they clearly do not care for our teachers. Instead, they bend to the will of millionaires and big corporations — but luckily we have a chance to do something about that this November.

In May, thousands of teachers and supporters rallied at the Capitol, expressing concerns about teacher salaries in the state. Now, a new study by WalletHub found that North Carolina is one of the worst states for teachers to be employed.

According to the National Center for Education Statistics, about a fifth of all public-school teachers leave their positions before the end of their first year. However, some states provide teachers with better pay and more fair treatment, which causes retention rates to remain higher.

Wake NCAE President Kristin Beller, who represents more than 10,000 teachers in the county, said the study mirrors what the organization has been fighting for.

“The General Assembly has not provided the resources that educators need and ultimately our kids need,” Beller said.

The NCAE is encouraging voters to take action on the November ballot.

“There’s no state House or Senate district that can’t be flipped and can’t be changed in order to provide a representative who is truly going to prioritize … school funding and our kids and our staff,” Beller said.

To help educators find the best opportunity, WalletHub compared the 50 states and the District of Columbia based on 22 key indicators of teacher-friendliness.