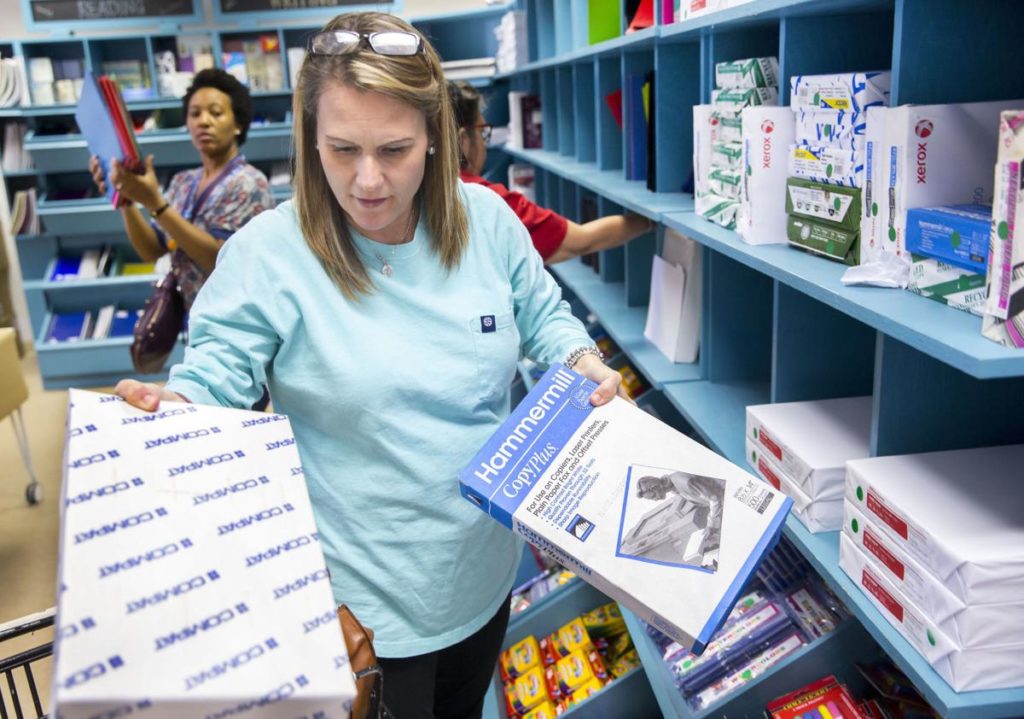 Thanks to the General Assembly’s tax cuts for the wealthy and big corporations, our public schools are stuck in a permanent recession. In the last 10 years, classroom supply funding has been cut by 55% when adjusted for inflation and enrollment. This passes the costs to the teachers and parents. North Carolina consistently ranks as one of the worst states for teachers. Teachers and students are also dealing with crumbling buildings and outdated materials. Now our legislators want to make those tax cuts for the wealthy permanent with a constitutional amendment. It’s clear that no matter what they may say, our lawmakers are not making public education a priority.

Another school year has begun, and once again teachers and parents are being forced to beg for classroom supplies, thanks to a state legislature that refuses to provide us with the tools we need. Although we live in the ninth-largest state in the richest country in the world, the politicians in Raleigh insist that we don’t have enough money to provide basic school supplies for our children.

The most frustrating part is that this has not always been the case. During the past 10 years, politicians in Raleigh have slashed classroom supply funding per student by 55 percent when you adjust for inflation. This is despite the fact that North Carolina’s economy has been steadily recovering from the recession that began in 2008 and is beginning to boom once again. But instead of restoring public education funding to pre-recession levels, lawmakers are forcing our public schools to experience a permanent recession just so they can give huge tax cuts to millionaires and big corporations. Does that sound like a wise investment?

Unfortunately, teachers and parents are having to make up for these funding cuts by buying more and more basic supplies out of our own pockets. As a special education teacher at Southern Guilford Middle School, most of my lessons involve teaching life skills. Every time I go grocery shopping, I always pick up at least $10 worth of supplies for my students — whether it’s food for cooking lessons, laundry detergent or traditional school supplies such as glue sticks and staples. While that might not seem like much, it adds up to more than $600 each year. To provide the best learning environment possible for our students, we teachers buy any materials that aren’t provided by the county or state — which means pretty much everything.