How you can help end the GOP budget standoff 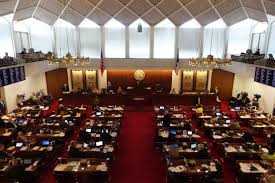 The Republican-created budget standoff is in its third month now as the GOP majority refuses to either hold an override vote on Gov. Roy Cooper’s budget veto, or negotiate with the governor for a budget that works for everyone.

THE SOLUTION WE NEED:

WHAT YOU CAN DO TO HELP:

If you live in a Republican district, call your state lawmaker and tell him: “North Carolina needs a state budget. Our public schools and rural hospitals need a state budget. It’s time to stop stonewalling and time to start compromising.”

Digital Director
Posted in Education, Health Care
Sign up for our mailing list to receive a weekly newsletter with fact-based commentary that cuts through the noise to give trustworthy insight about how North Carolina politics and issues impact our everyday lives