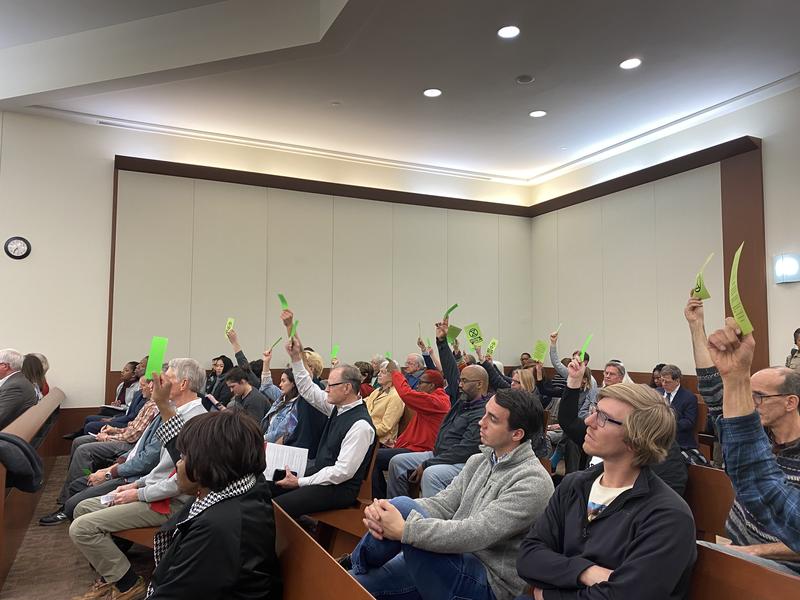 Last Friday marked the first of several public hearings in Alamance County over the potential Duke Energy rate hike request. Numerous residents spoke out against the rate increase — emphasizing the financial hardships that Duke Energy’s rate increase would cause. If Duke has its way, ratepayers’ bills would go up by 6.8 percent — essentially footing their 76 million tons of coal ash cleanup settlement onto customers.

Over 20 people got the chance to speak – some visibly emotional while talking about the financial hardship a rate increase would have on them.

The North Carolina Utilities Commission will ultimately get to decide on the increase.

“I am outraged that any energy company would ask customers to pay any additional monies to pay for their mismanagement,” said Deborah Graham of Salisbury.

“If I went to any of your houses and dumped a bunch of trash and then sent you a bill you would think that was ludicrous,” said Heather Sanchez.

“I have people in the same condition that have to choose between paying bills, buying food, buying medicine,” said Ronald Namest.

“We simply want them to assume some responsibility. Clean up their mess at their own expense,” said Bobby Jones.

Even the Mayor of Gibsonville showed up to speak out about the rate hike on behalf of his constituents.

The proposed rate hike will give Duke Energy more than $445 million in additional yearly revenue. This comes after Duke Energy posted over $2.7 billion in profits for its Wall Street shareholders in 2018, but the energy giant paid zero in federal income taxes.

In 2019, a report by the Retail Energy Supply Association showed that, between 2008 and 2016, ratepayer electricity prices fell by 8 percent in competitive states while those in monopoly states, like North Carolina, rose by 15 percent.

Bottom Line: For now, if the North Carolina Utilities Commission considers Duke Energy’s request, ratepayers will be asked to pay for the energy giant’s negligence. It’s time our legislature fixed what it failed to years ago — pass legislation to ban a rate hike on the people of North Carolina to avoid paying for their toxic mess. As the Salisbury Post has said, customers should not bear the costs for Duke Energy’s mistakes, now or in the future.