Charlotte Observer: Are you serious about reopening the NC economy, Republicans? Then act like it. 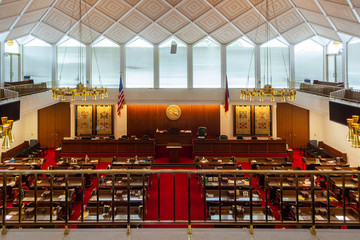 Since the beginning of the COVID-19 outbreak, the concerns of Republican lawmakers have not been towards the people of North Carolina, but rather corporate profits. Despite various public health safety measures implemented by Gov. Roy Cooper based on health officials and White House guidelines, Republican lawmakers have continued to push bills that undo months of progress.

The recent legislatures, House Bill 536 and House Bill 594, are just two examples of Republicans putting the health and safety of North Carolinians at risk while they vie for political points in an act to seem “pro-economy”.

Earlier this month, Republican leaders pulled a measure from a COVID-19 relief bill that would have allowed bars at least some revenue from selling mixed alcohol drinks for takeout and delivery. Then, late last week, Republicans played games with the future of bars by passing a bill they knew would likely get vetoed.

HB 536, which passed both the House and Senate, would allow N.C. bars to open outdoors on a patio or under a tent or awning. Bars would be limited to serving 100 people or 50% of the bar’s outdoor capacity, and the bill also would give partially reopened restaurants and breweries a similar outdoor option.

Republicans laced the bill with extra language that essentially would exempt HB 536’s beneficiaries from any current or future order from the governor or local governments. (For good measure, the bill also tells cities and counties that if outdoor bar or restaurant seating violates any local zoning measures, too bad.)

The governor, quite justifiably, was never going to be on board and said as much. Democrats, some of whom initially supported HB 536, quickly realized that it was a bill that begged for a veto. But Republicans plowed ahead anyway.

What they don’t have, is a measure that might actually help the businesses they claim they want to save. Instead, Republicans are wasting precious time that bar and restaurant owners can’t afford.

For years, Republicans have gutted funding from worker protections, community economic development and the social safety net. Their regard for public safety is tone-deaf as they push for reopening despite the state reporting the highest number of hospitalizations for COVID-19 yet by the state.

Republican’s premature push for reopen mirrors Trump’s own effort to rebound the economy before elections in November– despite COVID-19 cases hitting over 2.7 million.

Trump and his Republican allies and donors are the target audience. Republicans do not care, and will never care about the impact reopening will have on the people.

They continue to downplay the seriousness of the pandemic in an attempt to get citizens back to work, profiting off of the back of uncertain and troubling times for constituents.

And instead of coming together and helping implement current safety measures to ensure the fastest way to a sustained reopening, Republicans would rather focus on their own profits and political interests — just like Trump.

Bottom Line: Republicans have the opportunity to work with Democrats to protect all communities by crafting science based measures that will help us feel and be safe as we work towards ways to reopen the state safely. But Republicans continue to choose their wallets, just like Trump, over their constituents.