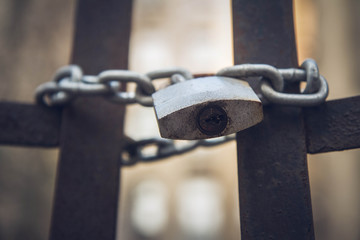 Last week marked the end of statewide eviction moratoriums in more than 30 states, including North Carolina, that had protections for renters in the CARES Act. More than 40 million Americans may lose their homes — almost four times the amount seen during the Great Recession.

In North Carolina, Gov. Cooper mandated a months-long statewide ban on all residential evictions for the reason of nonpayment that expired on June 20. According to a survey by the Census Bureau, nearly one in four North Carolinian reported being “housing insecure,” throughout the pandemic, meaning they’ve missed a rent payment or two, or think they will inevitably miss the next one.

Housing advocates describe the wave of eviction paperwork as a crisis already in progress. For landlords, the ability to collect rent and replace nonpaying renters with tenants able to pay could help stabilize a shaky marketplace.

Many renters have already begun receiving 30-day vacate notices this week; most major apartment rental groups sent out notices to all tenants warning them that evictions for non-payment would be proceeding.

Housing advocates believe government intervention should instead be extended and enhanced.

Lee with New Hanover For All said though it’s radical, he’d like to see rent cancellation or reduction for the time being. “Our position is, although we don’t know how to make it a reality, is that the suffering should be shared all the way up the chain,” he said.

Specifically focusing absentee corporate landlords over small individual landlords, Lee and his colleague Ashley Daniels, an organizer with New Hanover For All, would like to see more urgency out of elected officials to confront the growing housing crisis.

“Clearly the folks who are going to be the most impacted are going to be the folks who don’t have a lot in their bank account,” Daniels said. “Folks are expected to have enough money to carry them through losing a job in a pandemic and still being able to pay rent. It makes no sense that there is no expectation that these landlords should pay back the community in the time of a pandemic.”

“A global pandemic is unprecedented. But nonetheless, the responsibility and the urgency remains for people who are facing eviction and housing insecurity through no fault of their own,” she said.

As Congress continues to debate a COVID-19 relief plan, states will remain without any federal aid or nationwide moratorium extensions. Currently, North Carolina has a backlog of over 10,000 eviction cases throughout the state.

Gov. Roy Cooper’s office is set to announce a $17 million program that will cover 20 counties, in an effort to ease financial burdens some people face when they are told to isolate or self-quarantine to prevent the spread of COVID-19.

This week, the N.C. Utilities Commission issued an order extending the moratorium on shutoffs for Duke Energy, Dominion Energy and PSNC customers through Aug. 31 and giving customers 12 months to cover overdue balances.

Yet, the order does not apply to state or municipal-owned utility companies — leaving many North Carolinians still at risk for utility shut offs.

Despite Washington’s slow response, Cooper and other governors are attempting to ease the burden millions may face in the next coming weeks. With communities of color especially vulnerable, the immediate need is for Congress to continue its pay out of additional unemployment benefits and implement a national moratorium on evictions.

If you need assistance, here are a few resources: