WNCT: After lawsuit, 2020 Census deadline pushed back until October 31st 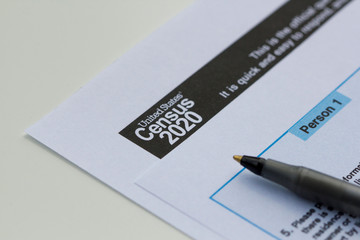 Last week, a federal judge issued an order that, for now, the U.S. Census Bureau must continue the  2020 census count through Oct. 31, after finding the bureau made multiple violations of an earlier order extending the national head count’s schedule.

The federal judge found several legal defects from Trump officials, including examples of “chaotic, dilatory, and incomplete compliance,” such as failing to update the Census Bureau’s website and notifying bureau workers on door-knocking efforts.

Ten questions could be all that stands between you and your community earning a slice of more than $1.5-trillion in federal funding if you haven’t completed the 2020 Census.

“This census, like every census, is really the foundation for what we do for the next decade,” said Rebecca Tippett of the University of North Carolina at Chapel Hill’s Carolina Population Center.

“There are almost always lawsuits with respect to the census,” said Tippett.

However Tippett says there is good news as more North Carolina residents are counted.

“Every person counts,” said Tippett. “We’re talking about North Carolina getting $44-billion a year in federal funding. Every person that we don’t count appropriately risks our fair share of that. It jeopardizes our congressional seat. That’s just at the state level, and obviously that trickles down to the local level around as well.”

As we inch closer to Election Day, Tippett says it’s more important that we make our voice heard before we head to the ballot box.

“The census is the most inclusive and democratic thing that we do as a country,” said Tippett. “I’m a little bias to think that completing the census is a little more important than voting, but they’re both really important.”

Currently, North Carolina still lags behind many other states in terms of self-response rate of 63.1 percent, and is ranked 36th in the US for self-response.

There’s roughly $16 billion of federal funding at stake for North Carolina if citizens do not participate by the September 30 deadline — in addition to state funds.

For every single person North Carolina fails to count, the state could miss out on $18,000 over the next decade, according to the NC Counts Coalition.

With the deadline extended, our response is critical as North Carolina is expected to gain a congressional seat based on this count and it’s crucial for distribution of representation and resources.

At a time like this, we can visibly see where those funds and resources would be significantly impactful to our economy and all of our communities as we continue to go through this pandemic.

Bottom Line: There’s a lot at stake with an inaccurate census, that is why it’s important to make sure that you, your family and the communities across the state are counted.

Help make sure North Carolina is counted! Here are ways to do it: