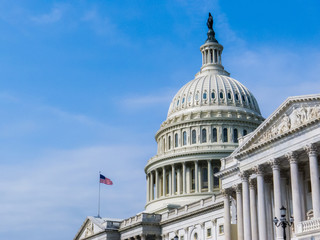 Last Wednesday, a group of violent, armed Trump supporters stormed the Capitol in an effort to subvert democracy as Trump continues to interfere with a peaceful transition of power.

The attack was not only an attempt to help Republicans in Congress to stop the certification of the electoral college count, but an attack on our country, our democracy and our people, brought on by a president who refuses to accept that millions of us turned out to stand with and for each other to elect Joe Biden.

The coming days will mark the final moments for Trump’s presidency as Democrats and a growing number of Republicans declare that he is unfit for office. Trump, along with his Republican allies, have broken their sacred Oath of Office, violated the U.S. Constitution and failed democracy.

We saw the coup attempt at our nation’s Capital. We saw white supremacists storm the halls of power, looting, and terrorizing government employees. And perhaps worst of all, we heard Trump inciting and praising these violent white supremacists who were armed and had zip ties to take hostages.

Bottom Line: We can’t let this dark moment in our nation’s history go unchecked. It’s up to the House to vote immediately to impeach Trump for inciting this violent and deadly act of sedition.