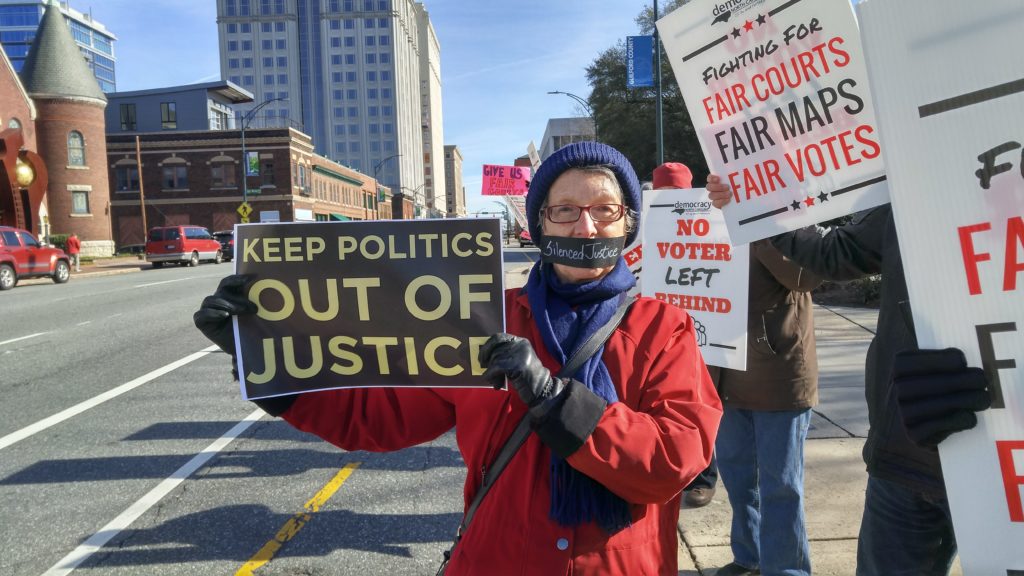 The event featured protesters covering their mouths with tape to illustrate the message of “Silent Voices, Silent Justice” related to a number of proposals that would wreak havoc on judicial independence in North Carolina.

One proposal would eliminate the election of judges altogether, letting legislators cherry-pick partisan judges with no oversight from voters. Another proposal would hyper-politicize judicial elections by forcing judges to run for re-election every two years (instead of four or eight), unfairly slashing the terms of duly-elected judges and forcing them to campaign and hold political fundraisers instead of dispensing justice.

From The Greensboro News & Record

A “Silent Voices, Silent Justice” rally and protest on partisan attacks on the North Carolina courts brought approximately forty people with tape over their mouths to gather at West Market and South Eugene Streets in downtown Greensboro, N.C.