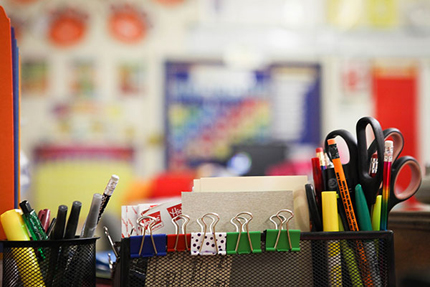 Politicians controlling NC’s state legislature are turning our children into political hostages by making school funding dependent on a number of unrelated “poison pill” provisions designed to get Democrats to oppose the legislation. The State Board of Elections and the Atlantic Coast natural gas pipeline have nothing to do with school funding. Republican leaders simply want Democrats to vote against the poisoned legislation so they can disingenuously attack them for ‘voting against class size funding.’ North Carolina’s public school students deserve better than to be treated like a political football by lawmakers who created this entire problem in the first place.

From The Richmond County Daily Journal:

It feels like the 2017 session of the North Carolina General Assembly has lingered longer than grandma’s Christmas fruitcake and the fruits and nuts have grown stale and distasteful. HB90, the so-called class size reduction bill, is a classic case of good legislation that turned into an egregious example of bad government.

HB90 was proposed to fix the mess lawmakers created by reducing class sizes in grades k-3. Either they didn’t ask or weren’t told the consequences of their actions; specifically, how many new classrooms and teachers would be required. When school administrators and teachers pointed out the problem the legislature hemmed and hawed, finally delaying implementation of the act. But they didn’t solve the problem until February in one of the many “special sessions.”

HB90 further delayed implementation of the class size reduction, but included $61 million in additional money to help fund PE, art or music teachers. It wasn’t enough, but it was a start, and if lawmakers had stopped there they might have been OK.

Richmond Senior High Varsity Football Team
But this legislature had to get a pound of flesh in exchange for being called on the carpet. And the subject of their ire was once again Gov. Roy Cooper. Ironically, legislative leaders were angry about a perceived challenge to their authority when Cooper announced a $58 million fund that accompanied the decision to approve the Atlantic Coast Pipeline. Lawmakers quickly declared it a “slush fund” and responded by adding a provision in HB90 to reallocate the money from Cooper’s control to schools along the corridor where the pipeline will run. That money will have little more impact than another gallon of water over Niagra Falls, but it was intended to show Cooper who was boss.

Here’s what lawmakers might have found out if they had bothered to inquire how this $58 million was agreed to by the owners of the pipeline. In July of 2017, while the fate of the pipeline was uncertain, a group of concerned rural leaders met with some of the owners of the proposed pipeline in the offices of The North Carolina Farm Bureau. It was agreed the pipeline was good for rural areas but there were some concerns expressed. Specifically, these discussions focused on how to mitigate potential environmental problems, but also economic development issues, like the need to run spurs to communities and counties not directly in the path of the line. We were told these conversations were congenial and cooperative. But we were also told emphatically there was no “quid-pro-quo agreement” because the pipeline’s status was in doubt. If fact, initially the fund was proposed to be a private sum not connected with the state.

It is unreasonable to assume that the state would not be informed of this agreement at some point and was unfortunate that the $58 million was announced at the same time as was the approval of the pipeline. It isn’t difficult to get the impression that the one was connected with the other, however we’re told by unimpeachable sources that wasn’t the case.

But back to HB90. Lawmakers pounced on this as a way to attack Cooper. Making matters worse, they also added a codicil to strike back at the court’s decision in Cooper’s favor regarding administration of the State Board of Elections.

Some may view all these shenanigans as shrewd political strategy, singing the tired song that Democrats were no better when they ran things. HB90 may be great politics but it is lousy government. Let’s hope lawmakers go home and stay until the short session. Maybe some people might talk to them about focusing on good government when they return instead of “gotcha” politics.