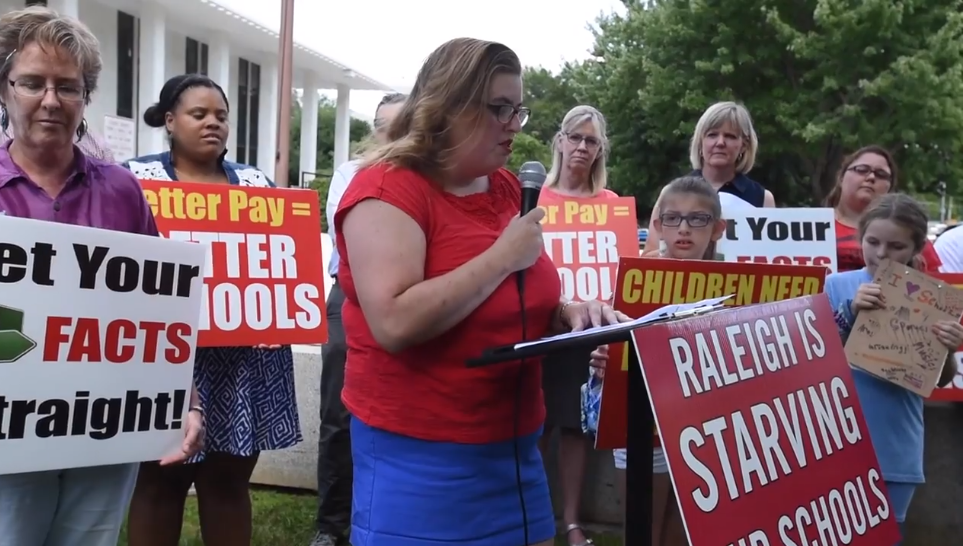 From the Raleigh News & Observer:

RALEIGH — North Carolina voters could get a chance to limit how much their state income taxes will rise — a change that education groups warn could have devastating consequences on the state’s public schools.

State legislators are considering this week putting on the November ballot an amendment to change the state’s constitution to cap the income tax rate at 5.5 percent, which is about the current rate. Supporters say the cap will protect taxpayers, while opponents say it will limit the state’s ability to adequately fund public education and other important public services.

“A typical voter is going to just read it and say, ‘I want my taxes low,’ and not understand the long-term impact of tying the hands of future legislatures,” said Keith Poston, president and executive director of the Public School Forum of North Carolina. “It could be devastating. Our schools are underfunded, and this will lock it in permanently by making it part of the state constitution. Any future legislature would have to amend the Constitution to make any fundamental change.” …

Education supporters say that despite the increases, state funding is less than what was provided before the recession of the late 2000s once the amount is adjusted for inflation. The National Education Association estimates that North Carolina is 39th in the nation in per-pupil spending.

The state Constitution caps the personal income tax rate at 10 percent, but taxpayers pay about 5.49 percent after Republican tax cuts. Next year, another tax cut is set to kick in in that will drop the rate to 5.25 percent. The proposed amendment would lower the state cap to 5.5 percent.

The cap is among several constitutional amendments that the Republican-led state legislature is trying to put on the fall ballot. But lawmakers are not considering a request to put a statewide $1.9 billion school construction bond referendum on the fall ballot.

The cap has drawn the concern of education groups because income taxes are the largest source of state revenue and public education makes up such a large part of state spending.