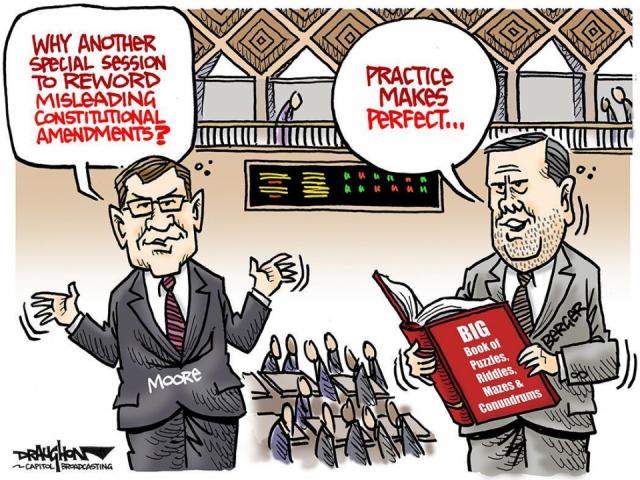 After a panel of judges struck down two of the General Assembly’s misleading constitutional amendments, lawmakers decided to return for yet another special session on Friday to rewrite the ballot language for the two proposals. Unfortunately, no amount of rewrites can change these amendments from what they are — misleading attempts to eviscerate our constitutional system of checks and balances.

After losing a lawsuit against Gov. Roy Cooper, the North Carolina legislature had to return to Raleigh to rewrite two of the changes to the state constitution they want to put in front of voters on this November’s ballot.

Just a few hours after they finalized their changes on Monday afternoon — which Republican leaders say they think ought to satisfy the courts — Cooper’s office shot back and said the lawsuits are not over yet.

“Yes, you can expect further legal action,” Cooper spokesman Ford Porter said in response to a News & Observer question about a potential lawsuit. “Less than a week before ballots are to be printed, rather than repeal their old misleading amendments, Republicans have passed more misleading amendments to erode checks and balances in our state’s constitution.”