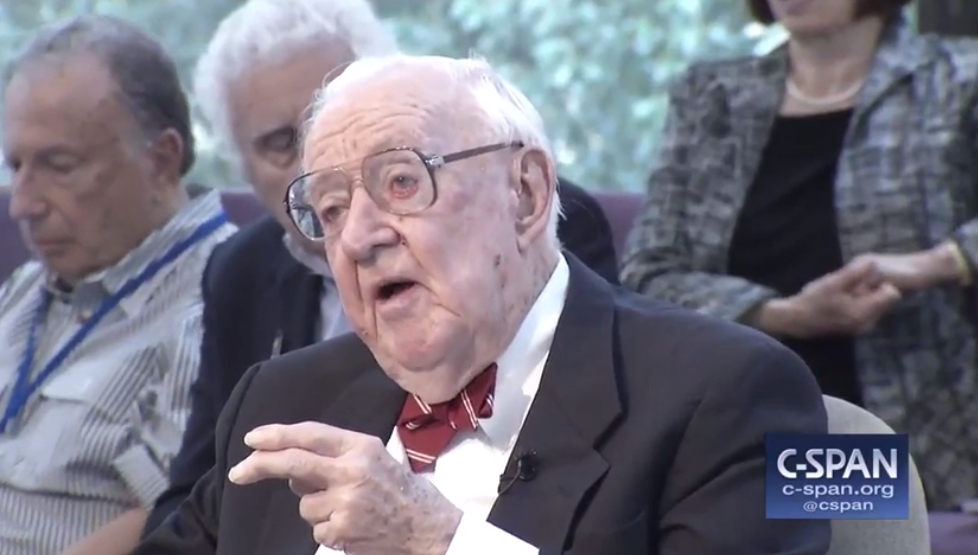 Retired Justice John Paul Stevens has said he doesn’t believe that Brett Kavanaugh is the right person for the job of Supreme Court justice. And it’s not just Justice Stevens. Add to that over 2,400 law professors who think Kavanaugh is not a good fit. Yet the Republican-dominated Senate is still trying to ram his confirmation through. This isn’t about picking the best possible person for the job. This is about picking the best possible person to protect the extreme agenda of the far right.

Stevens, 98, made the comments in Boca Raton, Fla., before a group of retirees, according to the Palm Beach Post and the journalist who interviewed Stevens at the event.

Stevens, who served on the Supreme Court from 1975 to 2010, told the audience that he had praised one of Kavanaugh’s rulings on campaign finance in a book that Stevens wrote in 2014.

“At that time, I thought [Kavanaugh] had the qualifications for the Supreme Court should he be selected,” Stevens said, according to the Palm Beach Post. “I’ve changed my views for reasons that have no relationship to his intellectual ability. . . . I feel his performance in the hearings ultimately changed my mind.”

Digital Director
Posted in Democracy, Human Rights, Reproductive Rights
Sign up for our mailing list to receive a weekly newsletter with fact-based commentary that cuts through the noise to give trustworthy insight about how North Carolina politics and issues impact our everyday lives