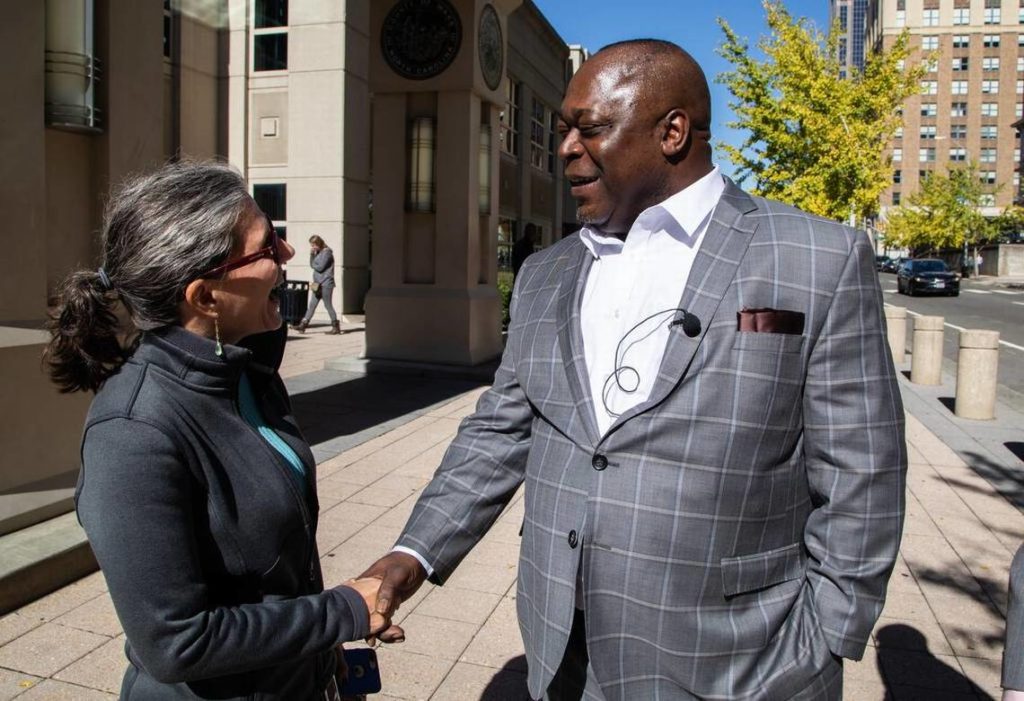 North Carolina has made history by electing 8 black sheriffs one of them female. 7 of those sheriffs are in the largest counties in the state.  Mecklenburg, Durham, Guilford, Forsyth, Cumberland, Buncombe, Wake, and Pitt counties. Election analysts and the winners said black candidates were propelled to office largely because they objected to hardline immigration policies and could appeal to voters who felt forgotten or afraid.

From The Progressive Pulse:

An interesting and underreported trend emerging from yesterday’s elections: a historic sweep of black candidates in county sheriff’s races.

Each of the new sheriffs will replace a white man in those roles, several of whom are long-serving GOP institutions in their counties.

Digital Director
Posted in Democracy, Human Rights, Immigration
Sign up for our mailing list to receive a weekly newsletter with fact-based commentary that cuts through the noise to give trustworthy insight about how North Carolina politics and issues impact our everyday lives