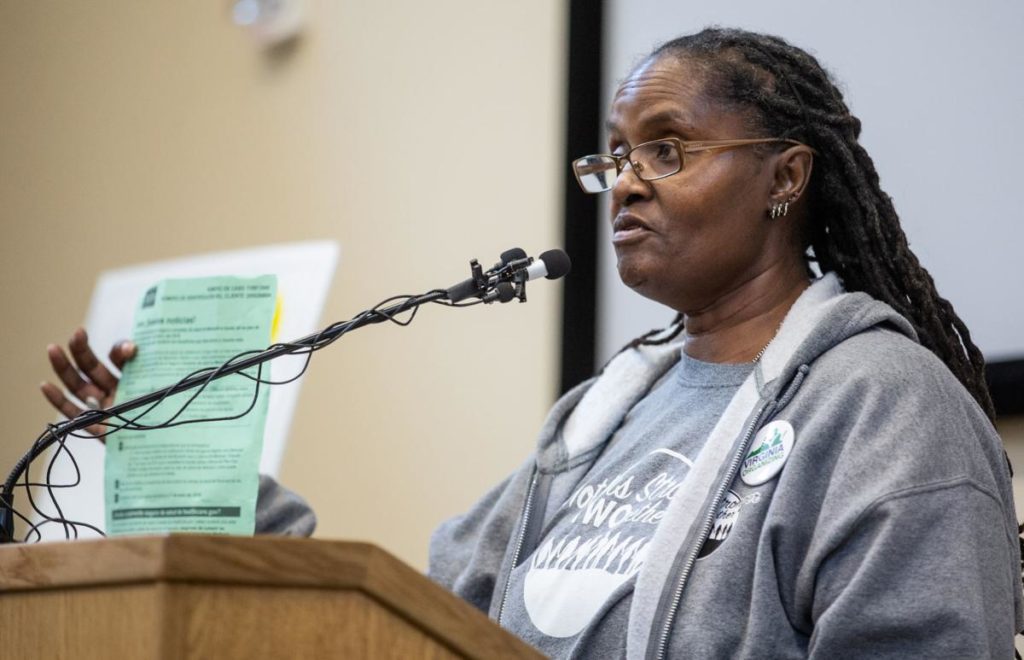 More than half a million North Carolinians lack health care coverage because our state has refused to expand Medicaid to cover low-income workers. Although the federal government will cover 90% of the cost of providing health insurance to those who need it, North Carolina has refused. A new session of the General Assembly begins this week and with it another chance to do right by those in need in our state.

During the last few sessions of the NC General Assembly, legislators have filed bills to expand Medicaid and close the coverage gap. The session beginning this week is another opportunity to give North Carolinians the same chance at healthy outcomes that those in the rest of the country have.

Alicia Swofford shopped at a Mayodan Walmart without a buggy Tuesday because she is too financially strapped by health care expenses to buy many groceries.

“We’re living on a lot of sandwiches,’’ said Swofford, 54, who, like roughly 10,000 Rockingham County residents, is without health insurance and in need of Medicaid coverage.

Swofford, who suffered a brain aneurysm in 2011 that left her with epilepsy, cares for her disabled husband and daughter Megan, 20. She stretches her family’s $66 monthly food subsidy as far as she can, juggling her budget in order to afford vital anti-seizure medications.

“That’s why we’re in here without a cart,’’ she explained.

Residents and community activists from Rockingham County and nearby Danville, Va., called on North Carolina legislators Tuesday to remedy the state’s health coverage crisis by expanding Medicaid eligibility to some 500,000 people in need.

“This is about basic human dignity,’’ said Dr. Stephen Luking, who spoke at a Rockingham Community College forum sponsored by the North Carolina Justice Center, a Raleigh nonprofit.

Luking described how scores of his 5,000 patients are in dire need of Medicaid.

“And more selfishly, it’s about the economic good that arises when we promote the physical and mental health of all of our residents, not just those who are inside the system,’’ said Luking, who opened his practice 25 years ago.

North Carolina has the sixth-highest number of uninsured residents in the nation, according to the North Carolina Justice Center.

In Rockingham County alone, such expansion would mean coverage for 4,408 residents as well as $19 million in savings from uncompensated care for hospitals, according to the North Carolina Rural Institute.