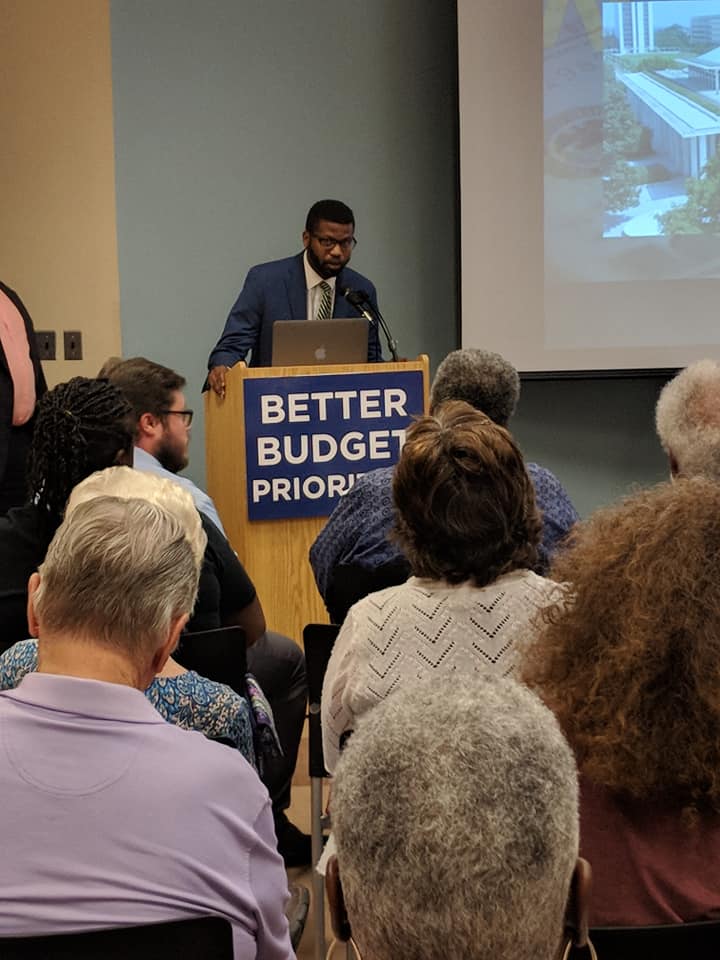 Last week, Progress NC and a number of other organizations including the Guilford Co. Association of Educators, the NC Black Alliance, and Indivisible Guilford County, held a budget town hall in High Point with local lawmakers. Sen. Michael Garrett, Rep. Amos Quick, and Rep. Ashton Clemmons all promised to stand up for public schools by sustaining Gov. Cooper’s budget veto, and Sen. Gladys Robinson and Rep. Pricey Harrison sent messages promising to do the same.

Democratic Rep. Cecil Brockman, on the other hand, refused to commit to sustaining the veto. Instead, Brockman claimed that Republicans will never bring the override vote to the floor because they don’t have the votes. But Brockman refused to entertain even the possibility that Speaker Moore does succeed in convincing a handful of Democrats to break ranks, and refused to say how he would vote if the veto override comes up in the House.

Legislative Democrats must continue to stand strong for public schools and Medicaid expansion by sustaining Gov. Cooper’s veto. Republicans need to either call an override vote once and for all or admit they don’t have the votes and start negotiating with Democrats.

Communications Director
Posted in Education, Health Care
Sign up for our mailing list to receive a weekly newsletter with fact-based commentary that cuts through the noise to give trustworthy insight about how North Carolina politics and issues impact our everyday lives