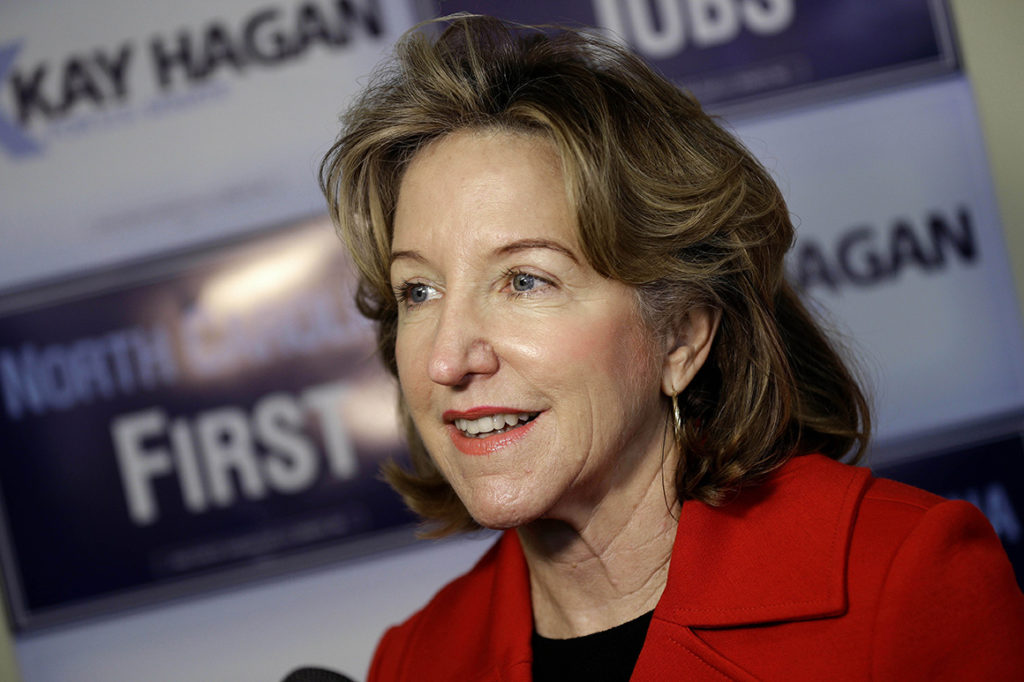 Today we deeply mourn the loss of Kay Hagan. She served in the NCGA for 10 years and in the US senate for 6. She was a key vote in the passing of the Affordable Care Act and always represented our state with courage and grace.

Kay Hagan, a former bank executive who rose from a budget writer in the North Carolina Legislature to a seat in the U.S. Senate, died Monday. She was 66.

Hagan was born in Shelby, North Carolina, on May 26, 1953. She earned her undergraduate degree from Florida State University in 1975, then earned a law degree from Wake Forest University three years later.

For 10 years, Hagan worked for NationsBank, which was to become Bank of America, where she became a vice president in the estates and trust division. After being a stay-at-home mother, the niece of former Florida governor and U.S. Sen. Lawton Chiles launched her own political career and won a seat as a Democrat in the North Carolina state Senate in 1998.

Although she initially showed reluctance to lend her support, Hagan backed the Affordable Care Act pushed by President Barack Obama. She also worked to limit payday lending, continuing the work she began as a state senator.