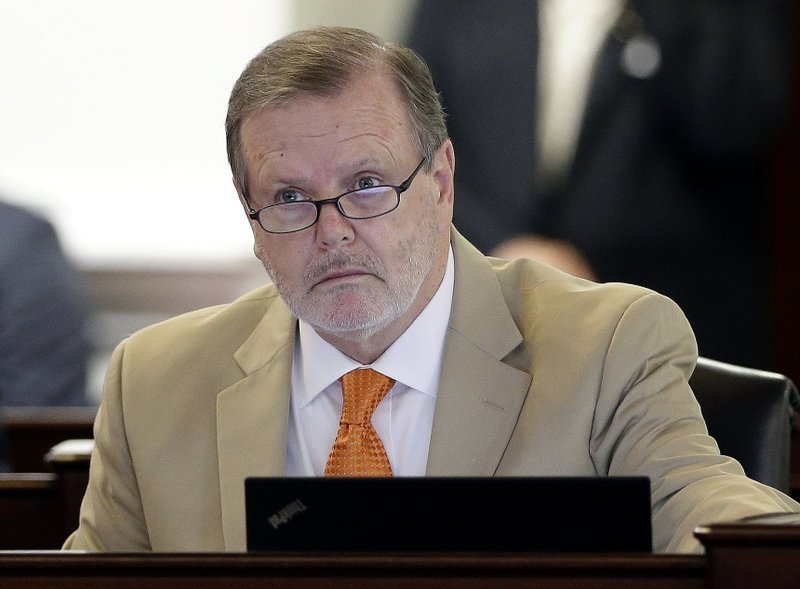 Berger sold the townhouse to a lobbyist, pocketing $80,000 in the process. In addition to the $80,000 profit, Berger previously took $73,500 from his campaign fund as rent payments to himself according to the complaint.

Hall raised similar questions in November with a complaint to the State Board of Elections, questioning the use of campaign dollars.

NC officials have used campaign cash to pay rent on their homes-away-from-home before, Hall says, but it’s not proper for Berger to spend donors’ money on a property he owns. “That’s an investment,” Hall told Policy Watch Wednesday.

According to the complaint, the Republican state lawmaker and his wife, Patricia Berger, bought the Yarborough Park Drive townhouse in May 2016 for $250,000, signing off on a mortgage loan worth almost $225,000. In June 2016, Berger’s attorney filed the articles of incorporation for YPD Properties, LLC with Berger its manager.

From August 2016 through December 2019—when the Bergers sold the townhouse—the lawmaker’s campaign sent monthly payments to YPD Properties, most of them characterized as rent. The payments totaled $73,500.  Last September, the Bergers purchased a space in this West North Street condo downtown.

In other words, Hall says, Sen. Berger used one hand to pay the other, pointing out the legislator lists himself as a “member/manager” paying taxes on his income from YPD Properties on his Statement of Economic Interest (SEI), an annual report intended to prevent potential conflicts of interest for public officials.

Berger bought the townhome in 2016 for $250,000 and his campaign has funneled at least $55,000 to mortgage payments through an LLC that Berger also manages.

Hall wrote on Wednesday that Berger’s campaign reports “mask profit-taking as expenditures for rent,” in what he contends violates state law. In addition, the $80,000 gap between purchase and sale prices could be construed as a “handsome gift from a lobbyist”.

Extreme political gerrymandering has allowed GOP leaders like Phil Berger to keep their seats even when they abuse their power for personal gain. It’s time our leaders were accountable to the voters again.