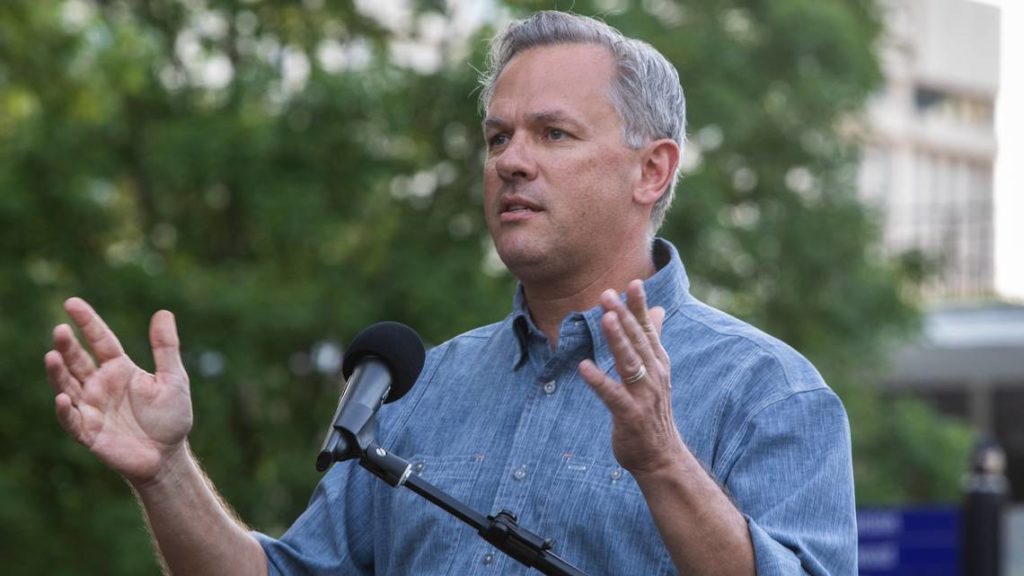 Within a month of the reach out, more than $50,000 flowed into Forest’s campaign coffers from associates of Greg Lindberg and John Gray, at least in part because Lindberg hosted a fundraiser at his home. Lindberg himself donated $400,000 that month to a second political committee that the lieutenant governor controls and that accepts unlimited donations.

By the end of that year, Lindberg had deposited $2.4 million in political committees backing Forest’s current run for governor. Forest put out a press release at the time, trumpeting his ability to bring in such a haul.

A federal grand jury indicted Lindberg and Gray in March 2019, and it became clear that Causey was working with federal investigators, recording conversations in a case that goes to trial later this month.

The Department of Insurance said Tuesday that it’s “not aware” that the meeting Weatherman requested “ever took place.” Spokespeople also said they had no indication Lindberg was having trouble getting a meeting with Causey.

But department emails show Causey was repeatedly invited to a September ribbon-cutting at the new headquarters for Lindberg’s insurance company umbrella group, Global Bankers Insurance. He declined the invitation in July, and Forest was the company’s special guest for the event.

Both Lindberg and Gray were indicted along with former NCGOP Chair Robin Hayes on bribery charges for an attempt to bribe Causey. The trial starts February 18 in Charlotte.

According to the News & Observer, Forest has not returned the deposited $2.4 million that Lindberg funneled into Forest’s campaign.

As of now, Forest, who plans to run for governor, stands to be the biggest beneficiary of funds from a GOP donor who was recently indicted on conspiracy and bribery charges — let that sink in.