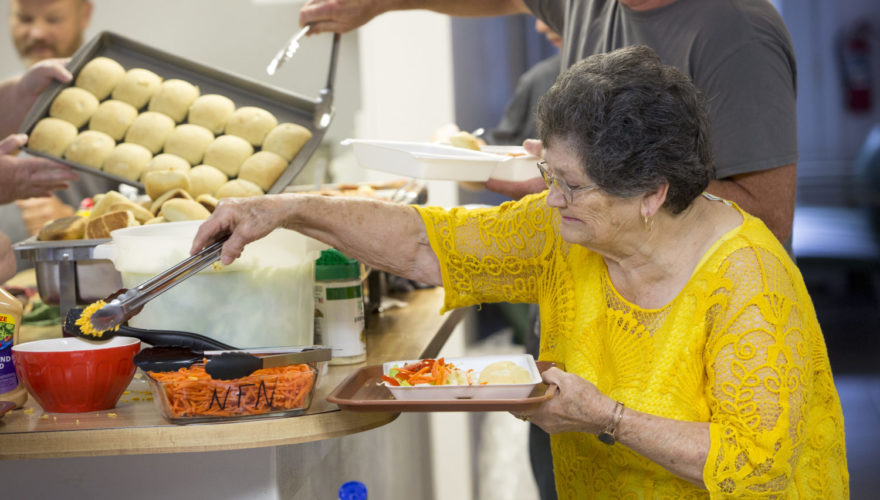 Across the state, food banks have responded to the COVID-19 outbreak by overhauling their food distribution to minimize social contact and focusing efforts on at-risk clients.

But with unemployment claims soaring to over 474,466, food insecurity for thousands may produce challenges for food banks that distribute food within their communities.

In response to the encroaching demand, U.S. Rep. Alma Adams (D-N.C.) and other House Democrats are calling for congressional leaders to prioritize food insecurity in the next round of coronavirus legislation.

She and more than 100 other lawmakers sent a letter Tuesday asking Democratic and Republican leaders of the U.S. House and Senate to boost the maximum Supplemental Nutrition Assistance Program (SNAP) benefit by 15% — a request Republicans rejected in the $2 trillion coronavirus response packaged signed into law last month.

“SNAP is one of our country’s most vital social safety nets, and it will continue to play a critical role in reducing hunger, malnutrition and poverty throughout the COVID-19 health crisis,” House lawmakers wrote.

North Carolina Rep. David Price, a Democrat, agreed. “The COVID-19 crisis is putting a financial strain on individuals and families, making it harder for many to put food on the table,” he said in a statement. “As North Carolina’s only appropriator, I’ve long advocated for nutrition programs and I strongly support … additional funding for food security programs in the next package to ensure no family falls through the cracks.”

House Speaker Nancy Pelosi (D-Calif.) has voiced support for the effort, telling reporters last week that Democrats “did not get all that we wanted” for food and nutrition programs. “We have more needs, so we need more resources to feed the hungry.”

In addition to increasing SNAP funding by 15%, House Democrats also want to increase the monthly minimum SNAP benefit from $16 to $30 and stop the Trump administration’s efforts to weaken food benefits.

In December, the Trump administration finalized a rule that would tighten food stamp eligibility requirements by limiting states’ ability to grant waivers that extend benefits in areas with high unemployment. The administration estimates that about 688,000 people nationwide will lose access to nutrition benefits under the new regulation.

The rule was slated to take effect on April 1, but it was recently blocked by a federal judge.

Two other pending rules would also dramatically reduce the number of people receiving food stamp benefits, according to an analysis by the Urban Institute.

According to Feeding America, a national hunger-relief organization, over 1.5 million people are struggling with hunger in North Carolina – and of them 461,630 are children.

With one in seven North Carolinians dealing with food insecurity before the COVID-19 outbreak, the need to prioritize reducing hunger and providing resources throughout the public health crisis is critical.

Without funding for food security programs, millions could be impacted for months as the virus continues to take a massive toll on the economy and employment. Lawmakers on both sides need to guarantee that everyone will have access to adequate food resources as millions of people may not have the financial security to do so in the coming weeks.