Sen. Richard Burr, faces more scrutiny, this time over lobbyist’s purchase of his D.C. townhouse in 2017 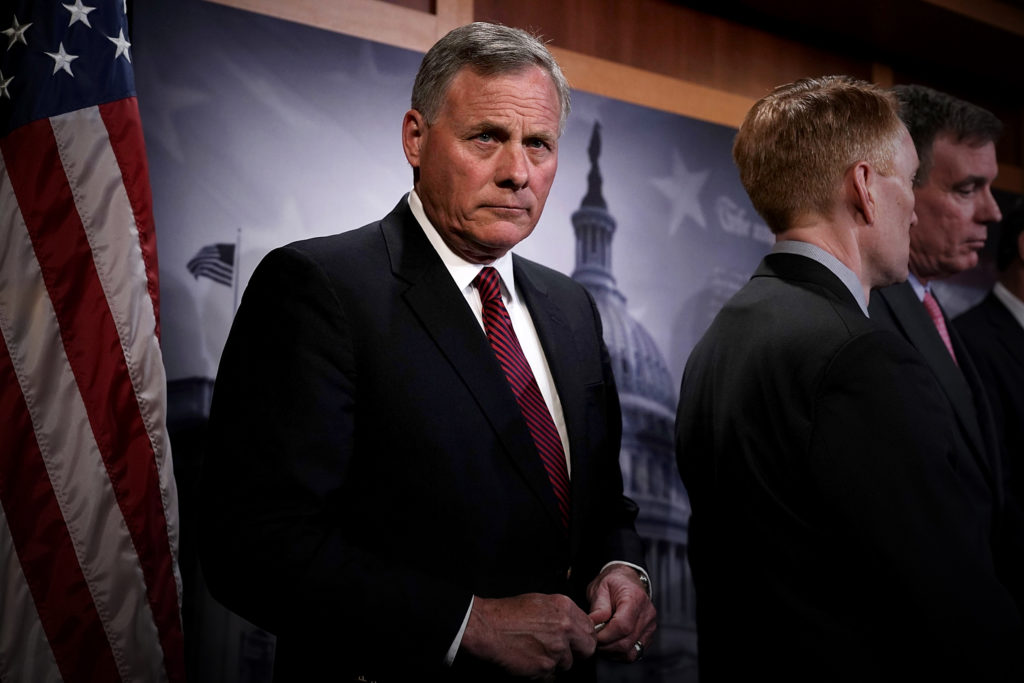 A new report discovers that U.S Senator and Intelligence Committee Chairman Richard Burr, sold his D.C. townhouse off-market for above market-price to a donor and powerful lobbyist connected to him, raising possibilities that the purchase could violate Senate ethics rules.

In 2017, Burr sold the town house in the Capitol Hill neighborhood to a group led by pharmaceutical lobbyist John Green and a business partner. The sales price was $900,000 — an amount “tens of thousands of dollars above some estimates of the property’s value by tax assessors” — which could qualify the purchase as a gift.

The purchase was also not disclosed by either Burr nor Green. The sale was done off-market, without the home being listed for sale publicly according to the report by ProPublica, an online investigative news outlet.

Green is a longtime donor to Burr’s political campaigns and has co-hosted at least one fundraiser for him. In 2017, the year of the sale, Green lobbied on behalf of a stream of clients with business before Burr’s committees.

Ethics experts are generally troubled when politicians enter into business transactions with donors or lobbyists with matters before them. The legality of this sale hinges on whether the home was purchased for fair market value. If it was purchased for more than that, it would be considered a gift. Gifts of significant value from lobbyists are generally banned by Senate ethics rules, and those that aren’t are typically required to be publicly disclosed. Neither Burr nor Green disclosed any such gifts. Gifts that are intended to influence official actions are illegal.

“This appears to be extremely problematic,” said Kedric Payne, general counsel for the Campaign Legal Center and former deputy chief counsel of the Office of Congressional Ethics.

Other ethics experts agreed. “This has every appearance of being a violation of the gift ban,” said Craig Holman, a lobbyist for the watchdog group Public Citizen. “The gift ban is one of the most basic legal frameworks for preventing corruption. Lobbyist gifts to lawmakers is akin to a bribe.”

ProPublica reported that Burr may have used the proceeds from the sale of his townhouse to buy a beachfront house at Nags Head. That house has a property-tax value of $820,000.

According to Burr’s 2018 U.S. Senate financial-disclosure report, the Nags Head property is listed as valued between $1 million and $5 million. During 2018, the property was listed as a rental property generating between $50,001 and $100,000 in income.

Last month, Burr came under fire after reports revealed selling of a large portion of his and his wife’s stock portfolio on Feb. 13 — including shares of three corporations in the hotel and hospitality industry — after using classified information from the intelligence committee briefings that confirmed COVID-19’s impending threat to the U.S.

Burr’s sale of almost $47,000 dollars worth of shares in a small Dutch fertilizer company in 2018, just weeks before its stock began a sharp 40% collapse, is also raising eyebrows. Once again, Burr and his wife sold their shares when the shares were near their highest point in the four years before the company had its dramatic fall.

Burr’s use of internal reports for his own personal gain should be scrutinized. Instead of upholding the Oath of Office and executing his responsibilities as a senator and Intelligence Committee Chairman, Burr decided to profit from his role. His conduct over the years represents a violation of the public’s trust, and he must be held accountable for his behavior.

During the current crisis, North Carolina — the country — needs leaders who will protect us, prioritize our health, and bring the country together in order to take action to mitigate the impact of the virus, not someone who would rather fatten their own wallet.