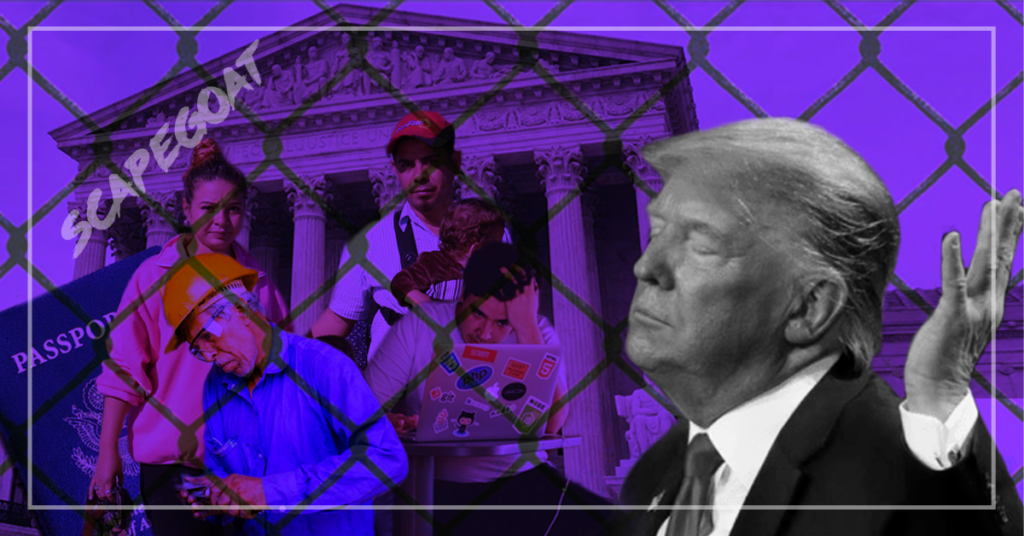 The Supreme Court just issued a ruling that will potentially allow the Trump administration to move forward in deporting tens of thousands of immigrants living in the United States with little oversight.

In a 7-2 decision, the justices found that newly arrived immigrants do not have the right to challenge their expedited removal in federal court — essentially allowing Trump’s expansion of deportations to go unchecked.

This comes after the Trump administration signed a new executive order that will halt legal. Immigration into the United States. On Monday, employment-based visas were targeted by the administration, freezing green card applicants outside the U.S. until the end of the year and extending to a range of temporary visas for seasonal workers and U.S. multinationals — especially in the tech industry.

A senior official who spoke to reporters on condition of anonymity estimated the restrictions will free up to 525,000 jobs for Americans.

The ban, while temporary, would amount to major restructuring of legal immigration if made permanent, a goal that had eluded the administration before the pandemic. Long-term changes targeting asylum seekers and high-tech workers are also being sought.

Business groups pressed hard to limit the changes, but got little of what they wanted, marking a victory for immigration hardliners as Trump seeks to further solidify their support ahead of the November election.

The ban on new visas applies to H-1B visas, which are widely used by major American and Indian technology company workers and their families, H-2B visas for non-agricultural seasonal workers, J-1 visas for cultural exchanges and L-1 visas for managers and other key employees of multinational corporations.

There will be exemptions for food processing workers, which make up about 15% of H-2B visas, the official said. Health care workers assisting with the coronavirus fight will continue to be spared from the green-card freeze, though their exemption will be narrower.

According to the Migration Policy Institute, more than 167,000 temporary workers will be kept out of the U.S. due to the new restrictions.

In 2019, the U.S. Citizenship and Immigration Services reported over 2.2 million employment authorization applications, and granted an additional 500,000 visas for non-immigrant workers — who are now locked out due to the latest executive order.

Just a week ago, Education Secretary Betsy DeVos issued an emergency rule that would prevent colleges from giving virus relief funds to foreign and undocumented students, including tens of thousands protected under the Deferred Action for Childhood Arrival program, or DACA.

These changes and sweeping policies deprive asylum seekers, immigrants, Dreamers and the Latinx community, while exploiting the pandemic in order to reshape our immigration system.

The Trump administration has consistently attempted to shift blame on everyone but themselves, as an attempt to vie for a political advantage.

Instead of scapegoating immigrants and terrorizing families and communities, we need to work towards solutions to improve health care, education, jobs, and the economy for everyone who lives here.

But Trump would rather continue sowing division, violate our values as a nation and gain support for re-election regardless of who is harmed in the process.