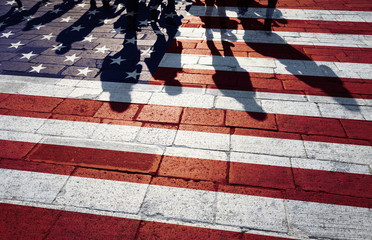 In the midst of the coronavirus pandemic, the Trump administration on Thursday urged the Supreme Court to overturn the Affordable Care Act (ACA). The removal of ACA would result in more than 20 million Americans losing health insurance at a time of unprecedented unemployment.

Protections for people with preexisting health conditions and extending parents’ coverage to children up to the age of 26 also would be put at risk if the Supreme Court agrees with the administration in the case, which is set to take place in the fall.

This filing comes after the government reported that close to half a million people who lost their health insurance amid the COVID-19 outbreak, have gotten coverage through HealthCare.gov.

In an 82-page brief submitted an hour before a midnight deadline, the administration joined Republican officials in Texas and 17 other states in arguing that in 2017, Congress, then controlled by Republicans, had rendered the law unconstitutional when it zeroed out the tax penalty for not buying insurance — the so-called individual mandate.

The administration’s argument, coming in the thick of an election season — as well as a pandemic that has devastated the economy and left millions of unemployed Americans without health coverage — is sure to reignite Washington’s bitter political debate over health care.

“President Trump and the Republicans’ campaign to rip away the protections and benefits of the Affordable Care Act in the middle of the coronavirus crisis is an act of unfathomable cruelty,” Ms. Pelosi said in a statement late Thursday night, after the administration’s brief was filed.

“Now is not the time to rip away our best tool to address very real and very deadly health disparities in our communities,” Attorney General Xavier Becerra of California said in a statement on Thursday, adding: “This fight comes at the most crucial time. The death toll from the coronavirus today is greater than the death toll of the Vietnam War.”

After failing to repeal “Obamacare” in 2017 with a Republican-led Congress, Trump has put the weight of his administration behind the legal challenge.

Despite ACA expanding Medicaid in 37 states and lowering healthcare costs for Americans, Trump’s administration is attempting to strip away access to health insurance that millions rely on.

More than 1.7 million North Carolinians could lose coverage, yet Thom Tillis and other GOP leaders have voted to remove ACA several times since its passage.

As the U.S. hits 2.5 million COVID-19 cases and 126,000 deaths, it’s clear to see that Trump nor the GOP cares about the health and safety of those who are most vulnerable.

Since February, Trump has had no plan to combat the pandemic, but has prioritized stripping away protections and safeguards for our environment and all of our communities. We know who he is fighting for, and it’s clearly not for us.