Progressive Pulse: N.C. is fifth in the nation in lost health insurance coverage due to the COVID-19 recession 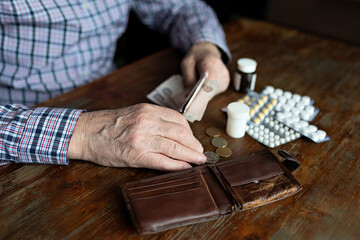 According to a new report from researchers at the group Families USA, North Carolina is one of the hardest hit state by COVID-19’s economic impact with 238,000 people losing health insurance through May.

One-in-five adults under age 65 in North Carolina was uninsured as state lawmakers refused to pass Medicaid expansion in the latest legislative session. On the federal level, no COVID-19 legislation has been signed into law in an attempt to restore or preserve comprehensive health insurance.

A recent report from researchers at the group Families USA tells a sobering story of the impact the current recession is having on millions of adults and their health coverage.

This is from the executive summary to “The COVID-19 Pandemic and Resulting Economic Crash Have Caused the Greatest Health Insurance Losses in American History”:

– An estimated 5.4 million workers are becoming uninsured because of job losses they experienced from February to May of this year.

– These estimated increases in the number of uninsured adults would be 39% higher than any annual increase ever recorded. The highest previous increase took place over the one-year period from 2008 to 2009, when 3.9 million non-elderly adults became uninsured.

– Nearly half (46%) of the increases in the uninsured resulting from the COVID-19 pandemic and economic crash have occurred in five states: California, Texas, Florida, New York, and North Carolina.

“Without comprehensive health insurance, many… families will be forced to choose between paying for essential medical care out of pocket and meeting other basic needs”.

Since 2012, Republicans in the NCGA have held off Medicaid expansion, denying more than 600,000 low-income North Carolinians from receiving affordable health care.

According to the Economic Policy Institute, Congressional inaction could result in a total of 142,496 permanent job losses in this state, yet the  NCGA adjourned without expanding the life-saving health care coverage needed during this pandemic.

North Carolina remains one out of 13 states that have not adopted Medicaid expansion, which could provide up to $14 billion in local tax revenue throughout the state.

As COVID-19 continues to disproportionately impact the Black and Latino community in North Carolina, its vital now, more than ever to ensure health care access to historically marginalized communities.

Bottom Line: For decades, our lawmakers have continued to ignore health disparities in vulnerable populations across our state and should take the opportunity now to address their failures and take responsibility by ensuring equal health care access for all.