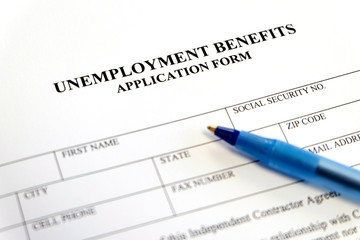 This week, millions of North Carolinians and people across the country will see a drastic reduction in unemployment benefits as the additional $600 federal UI  is set to stop at the end of the month.

In March, the federal government agreed to send an additional $600 to unemployed workers from the CARES Act. Talks of extending and the possibility of reducing the $600 to $200 — particularly from Senate Republicans — have been proposed in their upcoming relief plan.

Alexandra Sirota, director of the N.C. Budget and Tax Center, said a gap will be harmful for families dependent on unemployment insurance.

“Any gap is going to have harmful effects for families and the economy. People are very worried about whether they are going to be able to stay in their homes, put food on the table and survive this crisis,” Sirota said.

Democrats, who’ve already passed a $3 trillion bill in the House, want to extend the $600 payments into 2021.

Known as Federal Pandemic Unemployment Compensation, the program has already paid out more than $4.4 billion in North Carolina since March.

“We’ve been preparing just like in a weather disaster – you don’t deal with the storm and then when it goes away it’s over,” Caslin said.“You’re dealing with the recovery of that storm, so we are expecting this to be a long-term impact on folks.”

As a result of the state’s Republicans making the deepest cuts to any unemployment insurance system in the country, North Carolina has one of the lowest benefits in the country and ranks as the worst state for getting benefits to workers in a timely manner.

Recently, Gov. Roy Cooper has urged Congress to act now in extending the federal UI, as it has been a “lifeline for struggling families and communities over these past few months”.

According to the U.S. Labor Department, more than 32 million people were receiving unemployment benefits in the first week of July. And as the Trump administration and GOP lawmakers call to scale back support for unemployed people, millions of families and communities may face evictions, foreclosures and scant job prospects.

Bottom Line: As critical needs pile up, our leaders need to make the choice that will secure a path to a strong and inclusive recovery without putting millions of lives at risk amid this pandemic.