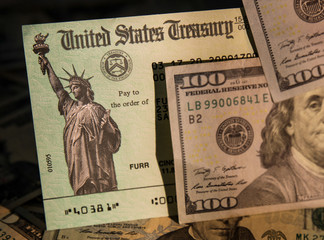 On Saturday, Trump signed three memoranda and one executive order at his exclusive New Jersey golf resort, ahead of any stimulus bill agreement between the House and Senate.

In an attempt to appear to come to the nation’s rescue, Trump’s measures would provide $300 per week in federal unemployment assistance with another $100 a week kicked in by states, consider temporarily stopping residential evictions — but does not reinstate the previous moratorium on eviction, extend the student loan relief and defer payroll taxes.

Are senators Richard Burr and Thom Tillis going to sit back in silence and inaction, just doing what Donald Trump thinks is in HIS best interest?

Are they going to do their jobs – and demand the same of their fellow senators – to work with the House of Representatives and produce a pandemic economic recovery package that is best for North Carolinians and the nation?

In many ways it puts greater burdens on states rather than providing relief to governments already struggling with declining revenues and antiquated unemployment systems slowing distribution of much-needed benefits.

It is a desperate, inadequate and likely illegal effort to appear to come to the nation’s rescue amid a congressional logjam. Truth is it will prompt lawsuits more than promote economic stability. It is a needlessly concocted crisis that the president and his congressional enablers will be accountable for.

Trump and Senate leader Mitch McConnell’s refusal since May to seriously negotiate with the House of Representatives is more of a misguided try to protect their political fortunes in November than help those most in need today.

Trump’s executive orders shortchange the needs of millions of out-of-work Americans to shelter their families, feed their children and provide other basic services that keep the nation operating and the economy from complete collapse.

Even more so, Trump’s effort to delay payroll taxes is a camouflaged attack on the integrity of Social Security, risking the future of a program that is critical to every Americans’ economic security in retirement.

Some lawmakers and experts are voicing concerns about Trump’s moves to control federal spending, which is a power reserved for Congress.

Trump’s move to defer payroll taxes, which is deducted from worker’s paycheck to fund Social Security and Medicare, could endanger these federal programs that millions rely on.

Even conservative groups have warned that suspending payroll tax collections is unlikely to translate into more money for workers, according to the New York Times.

Trump’s “relief” package is a weak attempt to put a band-aid on the economic crisis. Instead of extending the previous moratorium on evictions, Trump has urged agencies to look for ways to address the coming eviction crisis, but offered no concrete steps. In terms of unemployment benefits, individuals can only receive the $300 federal benefit if he or she first qualifies for $100 in aid from their state.

These disingenuous measures produced by Trump only highlight his disconnect with the millions of Americans that are facing homelessness, unemployment, and hunger during this pandemic. In hopes of salvaging his election, Trump yet again chooses vanity over the survival of families, small businesses and this country.

Bottom Line: Once again, Trump is unable to deliver meaningful aid or leadership for the country in a time of crisis.