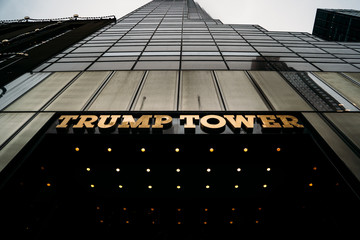 On Sunday, The New York Times released a report extending more than two decades of tax-return information from Trump and the hundreds of companies that make up his business organization. According to the report, Trump paid just $750 in federal income tax in 2016 and 2017 — the year he ran for office, and due to colossal losses, paid no federal income taxes in 10 of the past 15 years.

According to Vox, most people voting on November 3 will have paid more in taxes in 2016 and 2017 than Trump did.

The NYTimes report also reveals that Trump has deep financial conflicts of interest with foreign governments. Trump is receiving millions in revenue from foreign properties and loans from foreign banks, while paying more taxes to authoritarian-leaning leaders in places like Turkey and the Philippines than to the United States.

As the president wages a re-election campaign that polls say he is in danger of losing, his finances are under stress, beset by losses and hundreds of millions of dollars in debt coming due that he has personally guaranteed. Also hanging over him is a decade-long audit battle with the Internal Revenue Service over the legitimacy of a $72.9 million tax refund that he claimed, and received, after declaring huge losses. An adverse ruling could cost him more than $100 million.

The tax returns that Mr. Trump has long fought to keep private tell a story fundamentally different from the one he has sold to the American public. His reports to the I.R.S. portray a businessman who takes in hundreds of millions of dollars a year yet racks up chronic losses that he aggressively employs to avoid paying taxes. Now, with his financial challenges mounting, the records show that he depends more and more on making money from businesses that put him in potential and often direct conflict of interest with his job as president.

According to the NYTimes report, Trump took huge deductions — including $70,000 to take care of his hair — and also appeared to write off hundreds of thousands of dollars paying his daughter Ivanka as a consultant to the Trump Organization.

Trump is also under audit over a $72.9 million tax refund that could cost him more than $100 million if the IRS rules against him, the NYTimes revealed.

Trump’s extreme debt and conflicts of interest are already raising alarms on Trump being a national security liability.  This report comes on the eve of the first presidential debate and 36 days before an election in which he is trailing Joe Biden.

The NYTimes report sheds light on how Trump is using the presidential position to prioritize his own personal and financial goals over national interests. Instead of acting as a true leader, Trump spends his time thinking about how he can work his way out of paying taxes that every other hardworking, middle class American pays every year.