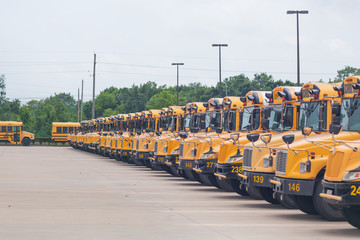 In a news conference on Wednesday, North Carolina Republican Lt. Gov. Dan Forest and other top Republicans pushed for Governor Roy Cooper to move to Plan A with fully in-person classes. The move would result in a forced reopening of all schools across the state, being despite the level of COVID-19 spread in their communities.

Most notably, Forest said on Wednesday that he would immediately reopen all K-12 public schools without requiring students or teachers to wear masks if he were governor.

NC Republicans, led by Senate leader Phil Berger and State Superintendent candidate Catherine Truitt, would like those children back at school. So would we. Students, especially those with technology struggles and troubling home situations, are best served in a real classroom. But it’s reckless to mandate that schools open to any parent who wants to send a child each day. Such an order would create logistical and workload chaos for administrators and teachers (“You don’t really need a plan,” Forest said, incredibly, of reopening) and it’s not safe yet to open fully across the state.

Berger and Forest surely know this, but November is coming and Republicans apparently see some political currency in parents’ impatience. It’s irresponsible politics that creates unrealistic expectations, and it doesn’t help the important discussion that needs to happen about how to realistically, and smartly, do what’s best for our children.

Forest’s comment comes after Robert Redfield, director of the Centers for Disease Control and Prevention, told a committee of U.S. senators on Wednesday that a mask could be more effective than a vaccine in protecting people from the coronavirus.

According to recommendations by the U.S. Centers for Disease Control and Prevention, “appropriate and consistent use of masks is most important when students, teachers, and staff are indoors and when social distancing of at least 6 feet is difficult to implement or maintain”.

NC Republicans, particularly Lt. Gov. Dan Forest and Phil Berger, have contributed to the state’s struggle to contain the virus due to their “irresponsible politics” and continue to do so in an effort to appeal to voters for their own political gain.

The continued push to recklessly reopen despite state and national health experts warnings, is just another example of their disregard to protect the public over their hopes of reelection.

Bottom Line: As the latest editorial from The Charlotte Observer says, “Politicizing COVID is not new to Forest, he’s consistently delivered the wrong message to North Carolinians on the virus, and that signal, delivered for too long by too many Republicans, is part of why so many of our children are looking at their teachers on screen instead of in-person”.