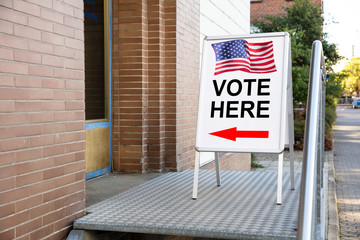 New revelations lay bare to the false outrage spurred by top NC Republican leaders, including Tim Moore and Phil Berger, over the commonsense decision made by the NC State Board of Elections (SBOE) to ease roadblocks surrounding absentee ballots.

In a closed session last week, the SBOE’s five members – including its two Republicans – unanimously agreed to a settlement that would allow absentee voters to cure errors in the witness section of their ballots by affidavit instead of casting an entirely new ballot.

Soon after the board announced the proposed settlement, Republicans spread false claims of a partisan ploy, despite materials and the minutes of the closed door session showing otherwise.

The spouse of one of the Republican State Board members revealed, via a Facebook post, that David Black’s quitting was NOT necessarily for the reasons stated in a resignation letter. Rather it came after a “very unhappy” telephone call with the lawyer for the state GOP.

Republicans wrongly claimed the non-partisan Board of Elections staff, the Democrats on the board and staffers from state Attorney General Josh Stein’s office had conspired and failed to provide complete information – and that was why the board was able unanimously (that’s Democrats and Republicans agreeing) on steps to take to settle the legal action.

There is NO excusing the actions of the Republicans – who now seek to insert close allies of Berger’s on the state Board – former state Sen. Trudy Wade and former state Environmental Quality Secretary Donald van Der Vaart.

There is no excuse for spreading suspicion and distrust in our elections by misinforming and misleading North Carolinians. The GOP members of the Elections Board are picked by the state Republican Party. If they acted contrary to the wishes of party leaders: Be honest; Say so; Force them to resign and replace them with those who will do their bidding.

The minutes from the Sept. 15 meeting show the two Republicans participated in a lengthy discussion about the absentee ballot rule changes before joining the unanimous vote, despite the GOP’s claim.

According to Deb Black, the spouse of David Black, one of the Republican State Board members that resigned late Wednesday, “These resignations were not voluntary. They were told to resign. Sad times when Republicans are firing intelligent and trustworthy Republicans”.

The false outrage from the Republican Party and GOP leaders in the NC General Assembly was yet another attempt to create confusion and distrust in our election and the security of our ballots.

Bottom Line: The GOP has a growing list of corrupted leaders — recently with David Lewis, the state’s latest prominent Republican to be a convicted felon — so it’s no surprise that their tactics continue to draw from their playbook of sowing division by any means.