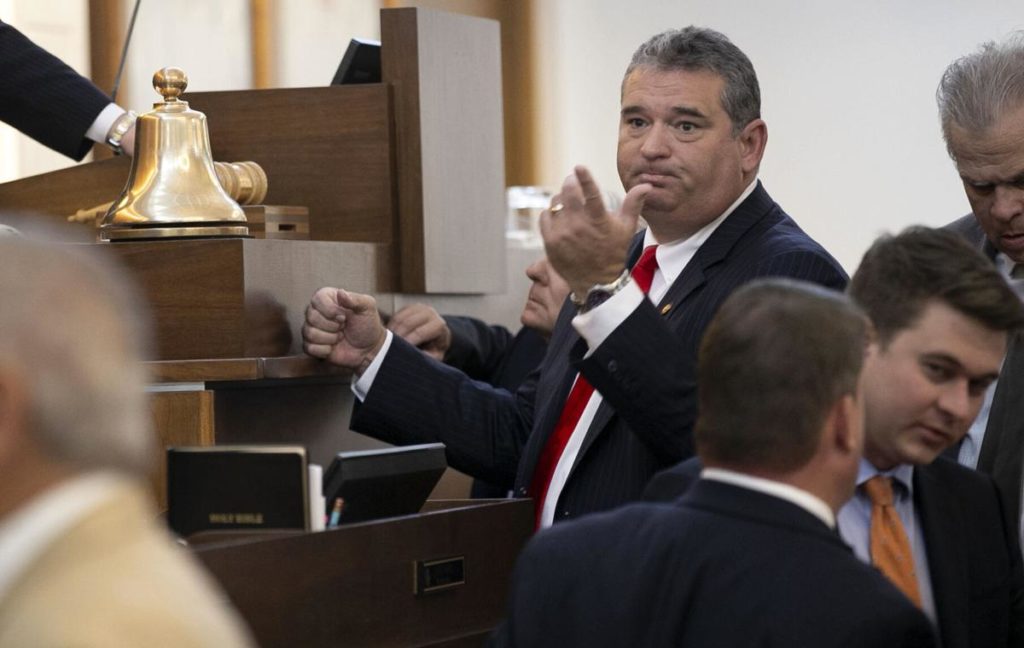 Last week, a federal judge accepted the guilty plea of former State Rep. David Lewis who funneled campaign dollars to his family farm. Lewis pleaded guilty to making false statements to a bank and for failing to file a 2018 federal tax return. Following Greg Lindberg and Robin Hayes, Lewis becomes the state’s latest prominent Republican to be a convicted felon.

Prior to federal charges, Lewis, a trusted advisor to House Speaker Tim Moore, resigned from his chairman role of the House Rules Committee. Lewis will be sentenced at a later date, but prosecutors have said they will not seek active prison time.

According to court documents, in 2018, Lewis transferred about $300,000 from his campaign account to his bank account for Lewis Farms.  Lewis also took checks totaling $65,000 coming from his campaign coffers and put them in that account to pay for his farm and pay the rent on his home.

There are no ties from these federal charges against Lewis with the federal government’s prosecution of Greg Lindberg — the state’s largest political donor — but there are speculations that Lindberg’s case likely brought federal interest in Lewis’ finances.

In May, a federal jury in Charlotte convicted Lindberg and associate John Gray of two corruption charges in what has been described as one of North Carolina’s worst government scandals. All three men were sentenced on August 19.

The revelation of the deal Lewis made came a day after a federal judge sentenced Hayes for his role in one of the state’s biggest political corruption scandals.

In addition to chairing the House Rules committee, Lewis was a chief legislative author of Republican redistricting plans that the Supreme Court ruled were meant to “target African Americans with almost surgical precision”.

In an Aug. 20 statement, the House Democratic Caucus called him the “architect of modern Republican gerrymandering and voter suppression in North Carolina” and noted his close ties to Moore, R-Cleveland.

They also noted that this is the second Republican House Rules chairman to be guilty on federal charges. Stephen LaRoque was convicted in 2015 of pilfering money from a federally funded nonprofit meant to help rural businesses. House Democrats said Lewis’ crimes were “indicative of a culture of corruption.”

“North Carolinians cannot trust Speaker Tim Moore and House Republicans to legislate in the people’s best interest when key members of his team put their own personal interests first and foremost,” Rep.Graig Meyer, D-Orange, said in a statement.

Lewis and House Speaker Tim Moore have had a long history of using lies and secret maneuvers to railroad a conservative agenda since 2010.

Most notably, the pair was known to have led the charge to racially gerrymandering North Carolina, suppressing black votes and denying them representation, and during Lewis’ time in office, they led a caucus with not a single member of color.

David Lewis is just one of many corrupt NCGOP leaders associated with bribery, voter suppression, and using their position to land lucrative contracts. Lewis tried to get away with siphoning thousands of dollars of his supporters’ donations for his own personal use — exemplifying that the former lawmaker’s interests were not for North Carolina, but rather for himself.

For now, Lewis is scheduled to be sentenced later, but prosecutors have said they won’t seek active prison time — underscoring that men of stature committing political-related crimes should not get a slap on the wrist, but rather held far more accountable for violating public trust and exploiting their position for personal and partisan gain.

This is just another reason that we must hold them all accountable, from the local level all the way up. And if our courts can’t do it, we can decide in November.

Yet, holding our elected leaders accountable doesn’t stop the day after we vote. We must remember their wrongdoings and continue to hold them accountable throughout their term in office.

Bottom Line: Corruption within the NCGOP has resulted in Republican lawmakers running their operation for the betterment of their wallets at the expense of North Carolinians.

From refusing to expand Medicaid, gutting the state’s unemployment system and using gerrymandering to suppress voters, the NCGOP’s intentions could not be any clearer.

And David Lewis is just another example in a long list.