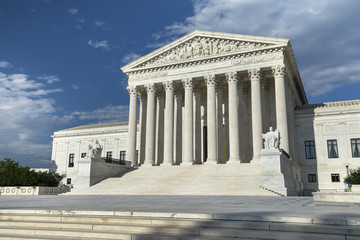 Confirmation hearings for Supreme Court nominee Amy Coney Barrett began in the Senate yesterday. The four days of hearings kicks off a mad rush for the GOP and the Trump administration to assume power in the higher courts after the recent passing of Justice Ruth Bader Ginsburg. Filling in Ginsburg’s seat would result in a 6 to 3 conservative majority on the court before the end of October.

At the same time, millions of Americans and businesses that have been suffering economic devastation brought on by the pandemic, have been put on the back burner as the Senate focuses solely on consolidating the court that will carry their policies forward — rather than the American people.

The United States Senate will open hearings on its top priority. That confirmation of Amy Coney Barrett to the U.S. Supreme Court takes precedence over everything reflects just how oblivious the Senate is to the priorities, and more significantly needs of the American people.

These confirmation hearings are about rushing to enshrine their own ideological agenda regardless of whether Americans support it or not. It is about making sure there’s another likely favorable justice on the court if Trump protests the outcome of the election.

What Americans will be witnessing amid what’s going on in Washington over the next few days is how DISCONNECTED the Senate is from their electorate.

Senators seek an end to legalized abortions while voters overwhelmingly back Roe v. Wade and don’t want it overturned.

They do not want to reinstitute the ban on sale of military assault style semi-automatic weapons that most voters favor.

They want to repeal Obamacare while clear majorities support it. And in North Carolina a substantial majority of voters back expanding Medicaid while the state legislature has imposed a ban. The list goes on.

With three weeks until the election, Congress isn’t dealing with the MOST pressing issues of looking after the health and welfare of those who put them in office.

Since May, a House-passed stimulus bill to provide support to millions of Americans and businesses that have been impacted by the pandemic has remained in limbo as Republicans refuse to agree on the vital aid.

According to the latest Household Pulse Survey fielded between August 19 and 31, 2020, about 10% of Americans, 22.3 million, reported they sometimes or often didn’t have enough to eat within the past week.

Nine out of 10 Americans think Congress should pass another pandemic assistance package to help the millions of Americans who are struggling financially, according to latest Financial Times-Peterson Foundation US Economic Monitor. Yet, Congress has done little on a large scale to send more help to struggling families.

Republican Senators’ swift response on filling the vacancy stands in stark contrast to the position many took in 2016, when they refused to consider President Barack Obama’s choice for the Supreme Court ahead of the election. Sen. Thom Tillis and Sen. Richard Burr are among the long list of Republican Senators that refused to pick up Obama’s Supreme Court pick in 2016, but have flipped their position on Trump’s pick.

Yet, at least a dozen national surveys have found that a majority of Americans want to wait until after the election to fill the Supreme Court vacancy.

With control of Congress, the White House and now vying for the Supreme Court, Trump and the Republicans have made it clear that they will put their concerns for re-election, over the interests of the people.

Their commitment to dismantle several laws, including the Affordable Care Act — which over 5 million North Carolinians alone benefit from protections against discrimination due to pre-existing condition — would leave millions without coverage and health protections during a pandemic. Yet, Trump and the Republicans continue to steamroll through with their own agenda to ensure their policies come first for decades to come.

Bottom Line: Trump and the Republicans are bulldozing their way into the Supreme court in order to retain power, rather than giving relief to those who have been financially impacted by the pandemic.

Unfortunately, hypocrisy is the only thing Trump and the Republicans can get right.