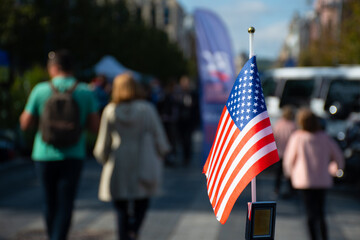 North Carolina has long been a crucial state for both parties’ in hopes of winning a Senate majority and Trump’s re-election. Last week’s campaign rally in Greenville, marked Trump’s fifth visit to North Carolina in six weeks, despite 38 doctors calling for the cancellation of the rally — saying the COVID-19 spike after his recent indoor rally in Tulsa, Oklahoma is a health concern for North Carolinians.

As usual, Trump put his re-election concerns ahead of the health and safety of North Carolinians, and in return, Trump continues to trail behind in the polls.

With a half-million votes already cast, President Trump and Senator Thom Tillis trail their Democratic challengers in North Carolina, according to a new poll from The New York Times and Siena College, signaling potential trouble for Republicans in a state critical to both the presidential race and the battle for control of the Senate.

Mr. Biden’s standing in North Carolina is consistent with the leads he has built in other battleground states. The former vice president has significant advantages among women and suburbanites, and is far more trusted to deal with the public health crisis caused by the coronavirus.

According to a recent New York Times/Siena College poll, a majority of likely North Carolina voters do not trust Trump to be honest about his own experience with the virus.

This comes as more than 8.1 million coronavirus cases have been reported in the U.S., and at least 218,986 have died.

Ahead of the election, The White House still lacks a national testing plan that health experts have said, “will be key to preventing future outbreaks”, yet states were left to their own devices on how to loosen restrictions meant to slow the spread of the virus.

The NYTimes/Siena College poll found Biden with the support of 46 percent of North Carolina voters, compared with 42 percent for Trump. While, Gov. Roy Cooper, among governors that has filled Trump’s COVID-19 leadership void, leads Dan Forest, by a larger margin: 51 percent to 37 percent.

Instead of a unified national response to the virus, months of Trump’s lack of leadership, dismantling the agencies needed to combat the virus, and inept coordination, has cost hundreds of thousands of lives.

It’s time we elect a leader who will listen to the experts and protect our communities over their own interests.