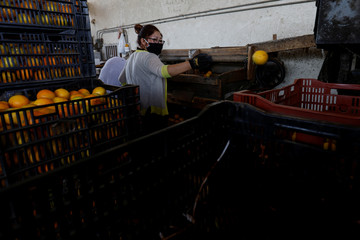 The latest ruling by North Carolina Secretary of Labor Cherie Berry is yet another example — in a line of bad decisions — of her incompetence towards workplace safety. After two decades filing in the role as the state’s top enforcer of workplace safety rules, Berry recently ruled that COVID-19 isn’t a workplace hazard, so no measures are needed to protect workers.

Berry’s rejection of a request by advocates for the Department of Labor (DOL) to implement emergency rules to address the spread of COVID-19 in workplaces across the state, comes as COVID-19 cases and hospitalizations are increasing.

The state Department of Labor will not impose additional regulations requiring employers to protect workers from the coronavirus, according to a letter from N.C. Department of Labor Commissioner Cherie Berry. The letter was sent to worker advocacy groups that had demanded the department take stronger action to stop the spread of COVID-19 in workplaces.

Berry said such action is outside her department’s authority and downplayed the risk posed by the virus to workers. Berry noted that on Oct. 26, as an example, less than 1.5% of people who had contracted COVID-19 in North Carolina died from the virus. She wrote that most of those deaths were people over the age of 65, who are generally “no longer active in the workforce.”

“This is not a disease to gamble with,” Department of Health and Human Services spokesperson Kelly Haight said in response to a request for comment on the letter from The News & Observer. Haight noted that “people of all ages play a role in transmission of COVID-19 to older North Carolinians.”

According to the state health department, there have been 280 reported clusters at workplaces, with 6,636 associated cases and 30 associated deaths through the end of November — including 4,047 cases associated with meat processing plants alone.

So far, meat processing plants, which have a high percentage of Latino workers, have been linked to more than 4,100 coronavirus cases in North Carolina.

Despite Gov. Roy Cooper’s promised executive order over the summer with sweeping protections for produce farm and plant laborers, the DOL, the Department of Agriculture, and the Department of Health and Human Services pushed back, according to The News & Observer.

Nearly 4,000 North Carolina workers filed complaints about COVID-19 safety concerns from the start of the pandemic through the end of October.

Cherie Berry will not only be known for turning her back on North Carolina workers during a pandemic, but also for letting employers get away with stealing $316 million in unpaid wages, reducing fines for health and safety violations at companies whose executives donated to her election campaign, and under-reporting workplace deaths in NC — among others.

Bottom Line: Since taking office in 2001, Berry’s leadership has mirrored her GOP counterparts in ignoring the health and well-being of her constituents over her own self-interest.

As the Triad CityBeat stated, “It makes one wonder just how safe those elevators were in the first place”.

Posted in Democracy, Human Rights
Sign up for our mailing list to receive a weekly newsletter with fact-based commentary that cuts through the noise to give trustworthy insight about how North Carolina politics and issues impact our everyday lives