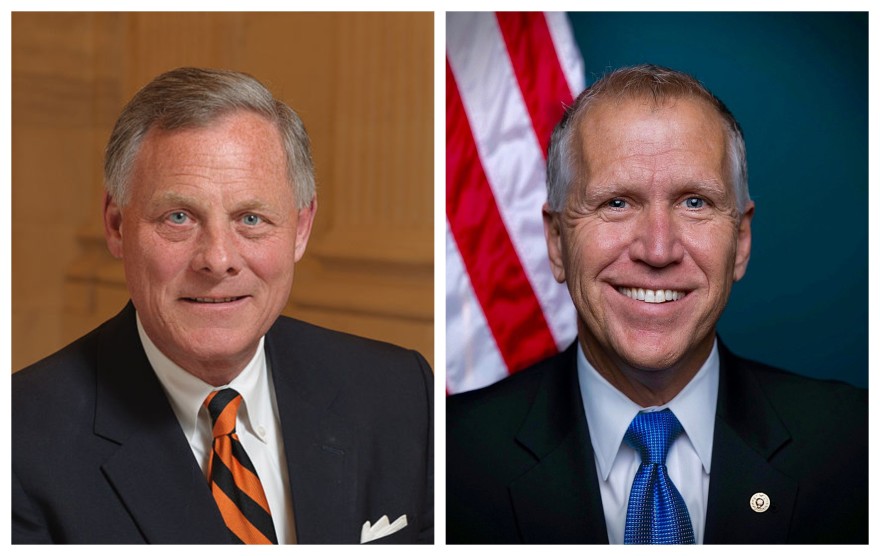 North Carolina’s two Republican U.S. senators voted last Tuesday against the Senate holding a trial on the impeachment of Trump for “incitement of insurrection,”. According to FiveThirtyEight, Burr and Tillis’ votes should come at no surprise, as both Senators have repeatedly shown loyalty to Trump — voting in accordance to Trump’s position nine out of ten times.

All but five Senate Republicans voted in favor of an effort to dismiss Trump’s historic second impeachment trial. The 55 to 45 vote cleared the way for the trial to proceed on Feb. 9 — Democrats will need 17 Republicans to stand with them in order for Trump to be found guilty.

Burr’s vote comes after the senator stated on the day of the insurrection, that Trump was guilty of “promoting the unfounded conspiracy theories that have led to this point”.

While Tillis condemned the violent Trump supporters, stating, “We should not let the disgraceful assault on the Capitol and our democratic system stop Congress from fulfilling its Constitutional duty tonight”.

Republican leaders like Burr and Tillis, have no shame in embracing hypocrisy and have repeatedly shown how quickly they will put their loyalty to the party over their constituents. Despite previously condemning Trump, both senators switched sides, essentially putting Trump’s bidding above what is best for North Carolinians and the nation.

Yet, our senators should remember that even with our political divisions being what they currently are, there is one ideal upon which Republicans and Democrats should be able to agree: Our democracy requires equality under the law.

No person, including the president of the United States, should be able to commit crimes with impunity, cloaked in a protective armor of wealth, status or political office.

Bottom Line: As stated in a recent CBC editorial, “The American people will get a chance to hear the facts and weigh evidence. Whether or not the Senate votes to convict the president, will be up to Burr, Tillis and their colleagues. Donald Trump is not above the law”.