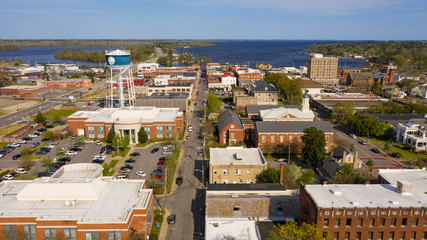 In the wake of the conviction of Derek Chauvin, North Carolinians have taken to the streets of Elizabeth City after Pasquotank County deputies shot and killed Andrew Brown Jr., an unarmed Black man in his car, while serving a warrant Wednesday.

While the guilty verdict from the Chauvin trial felt like a victory for some, the stark reality is that unchecked police violence against people of color happens on a daily basis, taking the lives of fathers like Brown Jr., to daughters like Breonna Taylor, to assaults on grandmothers like Stephanie Bottom.

The passing of Brown Jr. underscores the endless injustices faced within the Black community and calls into question how police body camera footage is processed and released in North Carolina.

Regardless of our race, our zipcode or background, we should all feel safe moving through our communities without fearing for our lives or our loved ones. But time and again, we have witnessed evidence of horrors committed against Black people by police in cities and on back roads, in living rooms and on neighborhood streets, in the dark of night and the light of day.

The toll of numerous Black lives being taken too often by police, with no justification or accountability, is a public health crisis that needs action and a majority of Americans support holding police accountable for their discriminatory actions.

Andrew Brown Jr., George Floyd, and the hundreds of unarmed Black men, women and children who have died due to police violence, should be here.

Harms against those within our communities will continue unless we advocate for reimagining public safety that will provide accountability and pass reforms that ensure investments in creating healthy, safe and inclusive communities.

The opportunity to address racism and of the discriminatory system that has plagued this country for centuries is now, and the chance to build a society that recognizes our differences, where everyone has the opportunity to thrive and the most basic human needs for all people are met, requires all of us.

Just like how millions of us marched together last spring for racial justice, we must continue to march, speak out and demand reforms that will realize our vision of safety, equity and justice that works for everyone.

If you would like to make a donation to North Carolinians fighting for racial justice in Elizabeth City and across our state: