From The News & Observer: Tillis and NC Republicans paid $345,000 to the data firm that’s now banned from Facebook 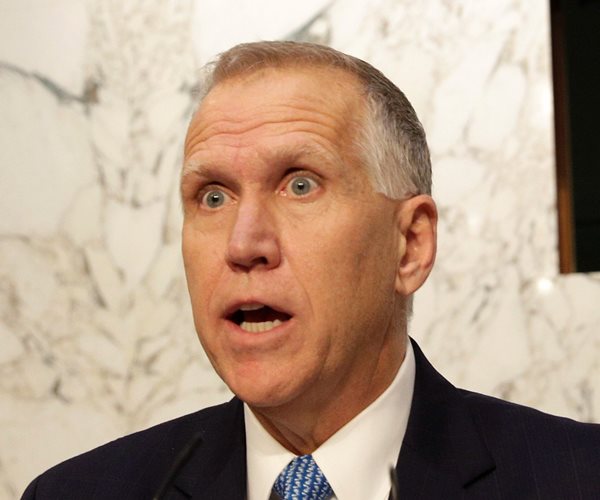 North Carolina Republicans are constantly trying to rig the system in their favor.  They unconstitutionally gerrymandered both state and congressional voting districts. Passed unconstitutional voter suppression laws. Are attempting to take over the courts. And now it has come to light that they used protected personal data from Facebook to manipulate the vote and stack the deck in their favor. Weaponizing people’s private personal data to manipulate voters is just unethical.  It’s clear that the NCGOP will stop at nothing to gain power and ignore the will of the people of North Carolina.

North Carolina Sen. Thom Tillis and the state’s Republican Party paid $345,000 to a data company that is now under scrutiny for its use of personal information about Facebook users.

Cambridge Analytica used the personal Facebook data of more than 50 million users, acquired through a third party, to create profiles of prospective voters and “microtarget” persuasive voting messages to them, according to a whistleblower who told his story to The Guardian and The New York Times.

Cambridge Analytica also worked for the Donald Trump campaign, earning more than $5.9 million in 2016 according to Federal Election Commission filings, and for the “Brexit” campaign in the United Kingdom.

Two years earlier, the data company helped Tillis, a Republican, defeat Democratic incumbent Kay Hagan by 1.7 points. It was at the time the most expensive U.S. Senate race in history with total spending of more than $121 million.

Cambridge Analytica put a page about Tillis’ race on its website, touting its work and listing the race as a case study.

“Our telecanvassing program contacted 123,138 individuals, resulting in an increase in turnout of 12.57% among those called, which is equivalent to over 15,478 voters,” Cambridge Analytica says.

Cambridge Analytica’s data told Tillis to highlight Hagan’s absences on the Senate Armed Services Committee to reach a certain group of voters. Tillis hammered Hagan in ads and debates on her absences and the rise of ISIS and jumped on her acknowledgment that she skipped a national security meeting to attend a fundraiser.

“We were able to design and deploy messages tailored to these audiences according to their particular psychographic profiles. This was done through a telecanvassing program and a large scale direct mail campaign that demonstrably increased their likelihood of voting, and voting Republican,” Cambridge Analytica said on its site.

Tillis declined to answer questions about Cambridge Analytica on Capitol Hill on Monday evening. Tillis campaign consultant Paul Shumaker would not comment for this story.