The Associated Press: Election shows how gerrymandering is difficult to overcome 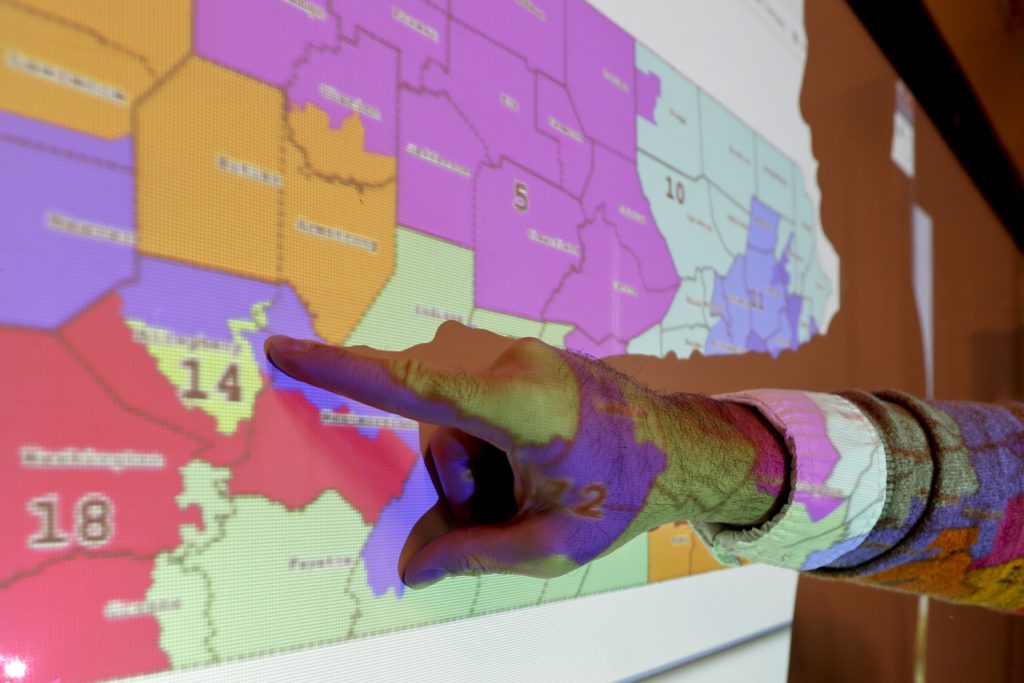 Although North Carolina’s congressional district maps were ruled to be unconstitutionally partisan gerrymandered, the maps were not redrawn because it was too close to the election. In contested congressional races, the majority of North Carolina voters chose Democrats. But thanks to the extreme partisan gerrymandering, Republicans took 10 of 13 seats.

In Pennsylvania, where the state’s unconstitutional congressional maps were redrawn, there was a very different outcome.

From The Associated Press:

North Carolina is a prime example of gerrymandering’s consequences.

Republicans and Democrats in this month’s elections split the total votes cast for major party candidates in the state’s 13 congressional districts about evenly, with Republicans getting 51 percent (a figure that is slightly inflated because one GOP incumbent ran unopposed). Yet Republicans won 10 of those races, about three-quarters of the total seats.

That equates to a pro-Republican tilt of nearly 26 percent under an “efficiency gap” analysis that provides a statistical way of measuring the partisan advantages that can stem from gerrymandering. That figure was up from about 20 percent in 2016.

By comparison, Democrats in Pennsylvania received 54 percent of this year’s total two-party vote for congressional candidates, including one race where a Democratic incumbent ran unopposed. Democrats and Republicans each won 9 seats under a map drawn by the Democratic-tilted state Supreme Court with the assistance of an outside expert.