Mark Harris must testify under oath at NC-09 hearing 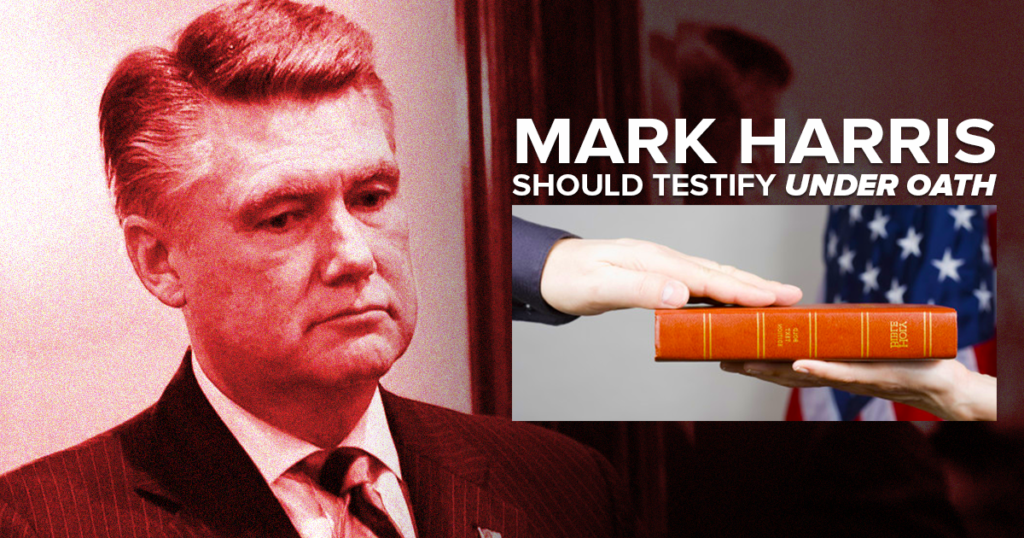 After months of dodging questions, Harris needs to testify under oath so voters can have a full understanding of his role in vote theft scheme

RALEIGH — As the vote theft scandal in North Carolina’s Ninth Congressional District continued to grow over the past three months, Republican candidate Mark Harris has tried to keep a low profile and answer as few questions as possible.

Although the State Board of Elections is scheduled to meet on February 18 to discuss the NC-09 vote theft investigation, it is unclear whether Harris will be among those who will testify under oath regarding the vote theft scheme. In fact, it’s unclear whether Harris has answered any questions under oath regarding his knowledge of the apparent election fraud bankrolled by the Harris campaign.

“North Carolina voters deserve a full understanding of Mark Harris’s role in the apparent vote theft scheme carried out in his name, and the only way for that to happen is for Harris to testify under oath,” said Gerrick Brenner, executive director of Progress NC Action. “Mark Harris and his NCGOP co-conspirators have given wildly contradictory statements over the past few months, but if Harris truly has nothing to hide then he should have no problem answering questions in public and under penalty of perjury.”

Some of the questions which Harris still hasn’t answered include: