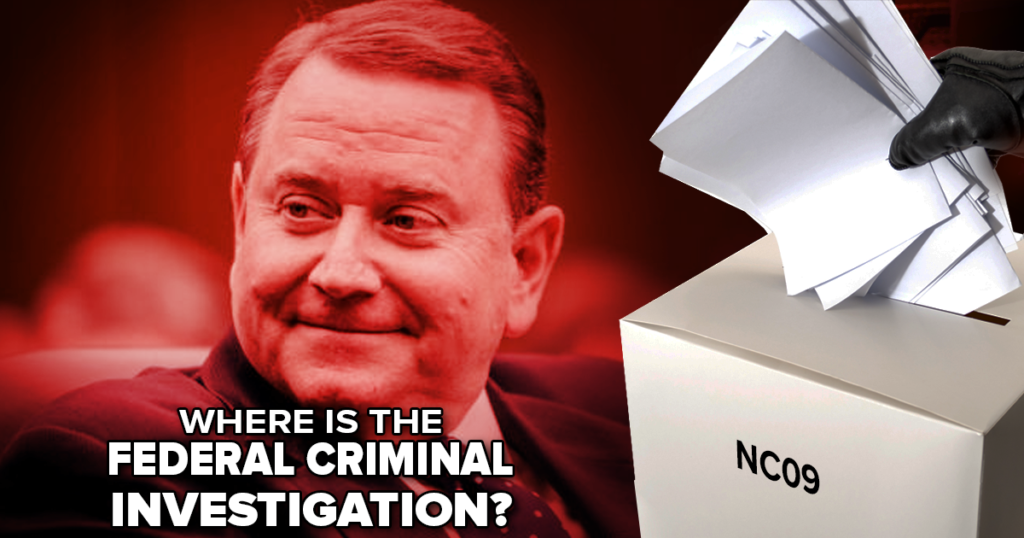 U.S. Attorney Robert Higdon turned a blind eye to evidence of a Republican vote theft scheme in Bladen, other counties

RALEIGH — U.S. Attorney Robert Higdon’s office has continued to focus its attention on scouring the countryside for the possibility of non-citizens who may have voted in past elections, even as Higdon ignores clear evidence of GOP election fraud that has been sitting on his desk for over a year.

According to the Washington Post, the State Board of Elections sent a formal referral letter to the U.S. Attorney’s office in January 2017 outlining concerns about vote theft in Bladen County. Elections board staff warned the U.S. Attorney’s office that if the issues discovered in the 2016 election were not addressed, they would likely happen again. However, there is no indication that Higdon or his staff gave the vote theft allegations much thought once Higdon was appointed later that year.

“Donald Trump’s U.S. Attorney has yet to offer a single explanation or comment for his apparent lack of interest in this vote theft crisis in Bladen County,” said Gerrick Brenner, executive director of Progress NC Action. “Instead, he has led a witch-hunt leaving no stone unturned looking for any evidence for Trump’s false claims of widespread voter fraud by non-citizens.”

Despite complaints as far back as 2016, it is not clear what if anything Higdon’s office has done to investigate the widespread vote theft in Bladen County.

“The residents of Bladen County — and everywhere else in North Carolina — deserve to know their votes count and that the U.S. Department of Justice believes it is important to protect democracy in our country against all conspiracies to defraud voters, whatever their political affiliation, economic status, or color of their skin,” added Brenner. “Unfortunately, the actions of Robert Higdon and Trump’s Department of Justice show that their feigned concern about improper voting is nothing but partisan hot air.”