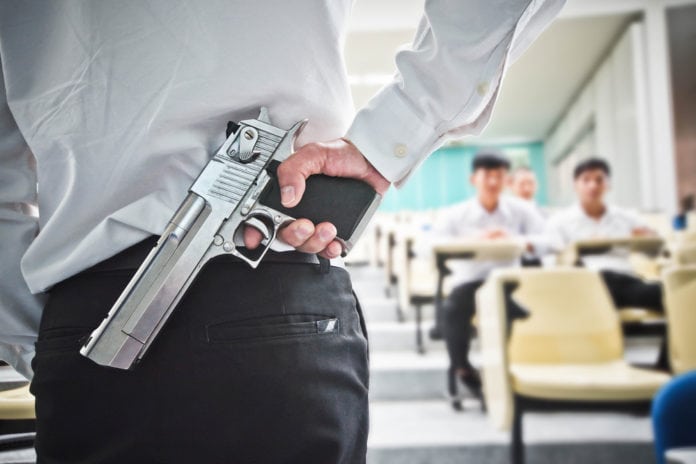 Last week, Republican senators Ralph Hise and Warren Daniel filed a bill that would boost the salaries of teachers who underwent specialized police training to carry firearms on campus. The same bill was filed last year and died in committee. However, Republicans are saying that the climate around arming teachers has changed, and support has grown for this type of legislation. But North Carolina educators continue to fight any effort to arm teachers with guns, arguing that “[i]t is a disaster waiting to happen”.

Bringing more guns into our schools does nothing to protect our students and educators from gun violence. 78% of North Carolina educators say it is a bad idea to arm teachers. Our students need more books, art and music programs, nurses and school counselors; they do not need more guns in their classrooms.